The Review: The author of this map seems to have played through It Lives and the Red maps more than just a few times; their influence is noticeable every step of the way. This isn't enough to translate into good design, however; design throughout the map is a bit sloppy even if the author does a pretty good job at filling rooms with all kinds of interesting things. Some of the basement sections reminded me of my own Dukecide, which too is a DukePlus map. The author does seem to have some ideas of his own as well, and there is some original usage of ambient sounds in this map, but there's no custom soundtrack which is a pity because the default Dethtoll just doesn't fit. Not many DukePlus features have been utilized but it's been a while since we were last served a DP map so I found the map refreshing in that respect. The map's puzzles are its worst part, consisting of tedious button hunting. There's an Icon of Sin type of projectile shooter in one segment which seemed interesting at first but like its cousins in Oblivion TC, it's too clever by half, especially when combined with DP's tedious chaingun cannon overheat "feature". If you manage to find your way, you probably won't run into big problems with the opposition; item/monster balance is pretty good and there are some setpieces to spice things up every now and then. The ending is simple yet effective. 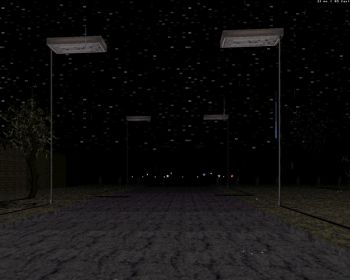 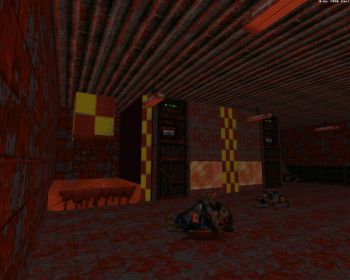