The Review: After a bunch of half-assed and aborted projects, Sanek is back with an okay if quite a flawed map. DoomBox has some of the biggest environments you've ever come across in this game, not just horizontally but vertically as well. In fact, kinda like MRCK's Siebenpolis, you're required to use the jetpack a lot to navigate the map's upper reaches. Jetpacks are located all around the map in generous numbers but you might get in trouble if you fail to keep track of your fuel meter. There's an initial sensation of epicness as you progress from one large area to another. Unfortunately the effects of such Conceptual Grandness wear off as soon as you get close enough to all the structures that seemed exciting from afar, as they turn out to be blocky and underdetailed. What's even worse is the lighting. Even with its low level of detail the map could have looked amazing with full visibility and some simple 3D lighting. As it is now, however, everything in the distance is pitch black and every wall has the exact same shade value which is really unforgivable. A lot of the map also consists of hunting for buttons which really is a lazy way to implement puzzles. Monster encounters are sometimes fun, especially when you've got tons of ammo for the pistol or the expander, but combine the low visibility and open spaces with hitscan weapons and fast laser projectiles and you'll end up getting hit a lot by monsters you never even saw, which is more or less the exact same problem that Siebenpolis had. Still, the combat is not wholly unfair; ammo and health are littered all over the map, and I actually did manage to finish the thing without dying once (took me 35 minutes), but I was definitely more often feeling slightly annoyed than enjoying myself. Despite these obvious flaws, Sanek has handled the overall layout of the map pretty well with several well defined and enclosed area. Even if the scale seems disorienting at first, you'll probably end up lost far less often that you might have expected. It's not easy to create large maps and DoomBox is overall a decent effort but it still reeks of laziness like some many of Sanek's recent projects. 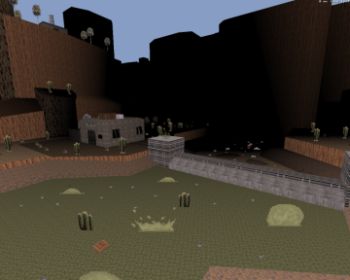 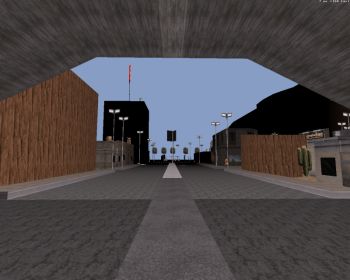