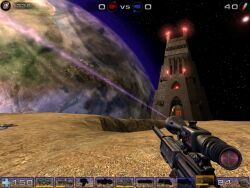 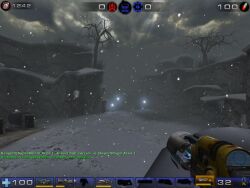 UT2004 came out to fix the mistakes that were made with UT2003. Fans cried because of the missing Assault mode and Battlefield 1942 ate fans from the Unreal community. Epic responded by releasing UT2004 which includes Assault and Onslaught (with a Battlefield-type of gameplay) modes that lean the game more toward teamplay.

In the game's single-player campaign you and your team face about fourty maps. Oh and btw - you'll find yourself complaining all the time about the bots' level of incompetence. Either it's your own team that can't do shit or it's the enemy team that is unable to offer any real challenge. Skill settings vary but the only tough levels were the last Assault map (the Skaarj Mothership) and the finale (which I beated by scoring 4 - 3 and then hiding for the rest of the round). I logged online a few times to kick some human butt but the bots will do just fine. The game is not as atmospheric as Battlefield 2 or Enemy Territory so whether you play it with real people or not doesn't make much difference. 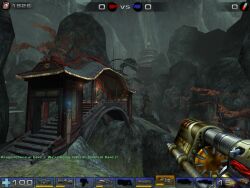 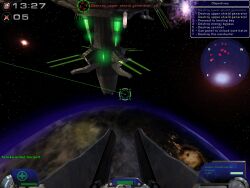 The single-player campaign features about fourty maps but that's not the end of it. The Onslaught mode (which was not included in the single-player campaign) has got more stuff to play with and then there are plenty of extra maps - mostly from UT2003. Epic has been kind enough to release some bonus maps and the usermap community has been active - there are lots of excellent maps available.
CTF-Face (Classic) is back and this time with REAL sniper rifles (oh boy did we hate those Lightning Guns when UT2003 came out). There are more remakes like the good old CTF-January, DM-Morpheus3 and DM-Phobos2. There's plenty of variation - themes range from ancient Egypt to futuristic skyscrapers (and the online community pumps out even more imaginative themes).

Out of the gameplay modes Onslaught and Assault were my favorites. Onslaught is like Battlefield - you fight to control key points (nodes here - flags in BF) that create a link to opponent's core which you must then destroy. The maps are huge and a bunch of vehicles have been included. They certainly add a whole new dimension to the game but it's not quite as much fun as in Battlefield. 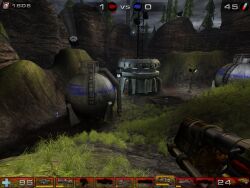 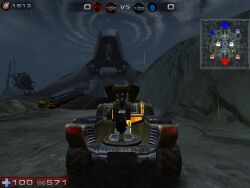 The soundtrack was a bit disappointing. It's not as bad as in UT2003 but doesn't quite reach the level of classic Unreal or Unreal Tournament (except the track in DM-HyperBlast2 blew the shit out of me - it was impressive). Luckily, some of the usermap packs have plenty of better tracks.

Conclusion: UT2004 offers plenty of variety in terms of map themes and gameplay modes. There's so much to do and it's fun for a while but it's not quite as atmospheric as other multiplayer games.

Those interested in extra should try at least both CBPs and The Ultimate Community MapPacks. The best usermaps I've tried are CTF-BraveNewWorld (extremely atmospheric), ONS-Alien2 and CTF-Canal. Check Insite and Unrealplayground for more maps. 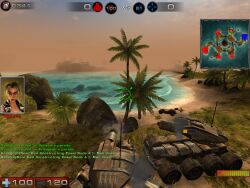 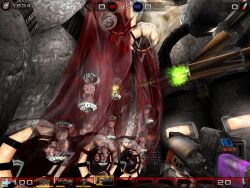 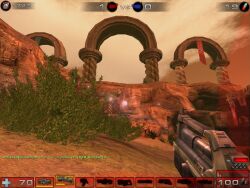 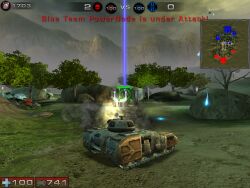