Assuming you know what R6 games are all about I won't go into details. "Iron Wrath" was released in June 2005 and it features seven new levels and a bunch of new weapons. It's like any professional mission pack - but it's completely free! The following review covers Raven Shield as well.

When R6 serie turned from Rogue Spear to Raven Shield the most signifact change was the on-screen weapons which you were now able to see (previous parts only had a crosshair replacing the weapons). This affects the gameplay and makes it look way better - you can now see the actual difference between the weapons instead of just hearing or "feeling" it.
R6 & Rogue Spear used their own engines but Raven Shield has been built on Unreal 2003 engine. The graphics are smooth, levels are detailed and full of variety.

After playing Ghost Recon for a bit the AI in R6 Raven Shield feels refreshing - enemies have not been blessed with an accuracy rate of 100%. Your squad mates are also smarter than in Ghost Recon. One thing I particularly like is how you can command your mates to open doors for you and clear the area afterwards (GOGOGO!). One thing that Ghost Recon has but Raven Shield does not is the ability to draw new paths for other squads while playing the level. In R6 games all planning must be done before the mission which feels very limitating and unpractical.

"Iron Wrath" is a piece of cake compared to previous R6 titles. All seven levels have been completed sooner than you might expect. Level themes vary quite a bit from East-European universities to Ukrainian power plants. My favorite is the last map - the Siberian military base.

Once you have completed the missions the fun won't be over for a few days. I have never been a fan of multiplayer R6 - I have always preferred the "Terrorist Hunt" mode which lets you to play the levels again (plus you can use multiplayer and a few remade classic levels as well) with a user-selected number of terrorists.

Final word: Rainbow Six - Raven Shield is a game that every FPS fan should at least try. Fans of squad-based shooters simply can't miss this title. 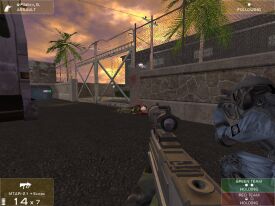 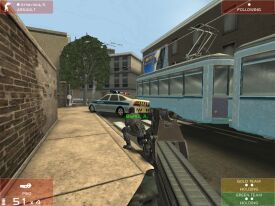