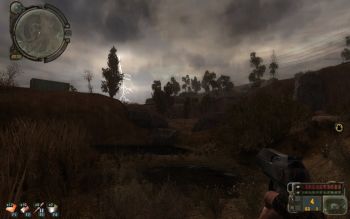 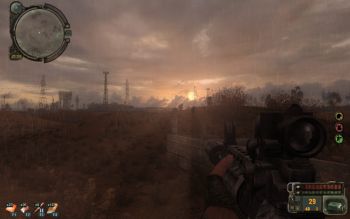 Note: I played the game using the Complete mod, which significantly enhances the graphical look of the game, adding higher-resolution textures, an acclaimed weather system and gameplay improvements. There is no good reason to play the game without the Complete mod, unless you're running the game on a low-end PC.|

I have a love-hate relationship with this game. When I'm not in the Zone, I want to go back there. When I'm in the Zone, I'm more frustrated than I'm not. The endless walking, the poor shooting mechanics, tons of NPCs with litanies of uninteresting things to say, constant tinkering with your backpack etc. And yet, you're willing to go through all that just to be there.

Let's get the problems out of the way first. There are two big problems with this game. First is combat. All weapons, except for some experimental guns, feel ineffective. Some have ridiculous recoil whereby the position of the crosshair would stay wherever the gun's recoil takes it without automatically returning to its initial position when you quit firing. This is very different from how it is in most shooters and stupidly unrealistic. Headshots are nearly always instant killers but often your bullets have a will of their own. I'm not asking for CoD-like laser guns but I don't like the random bullet trajectories either: I should be rewarded for taking distance (bullet drop) and speed into account correctly.

Second, the whole backpack system is irritating. The amount of stuff you choose to carry in your backpack affects stamina and speed. Contrary to what you'd expect, the changes are not continuous; an increase of one gram can suddenly drop your stamina to a fraction of what it was prior to that almost infinitesimal increase. Distances in this game are considerable and there are no vehicles (unlike in Far Cry 2). It'd have been much better to allow infinite sprint and simply cap the amount of stuff you can carry at once. Reward the player for carrying less stuff by allowing faster sprint but don't remove the infinite sprint. As it is now, you spend more time adjusting your backpack than you spend time shooting. 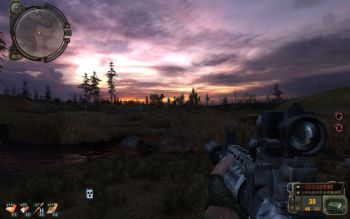 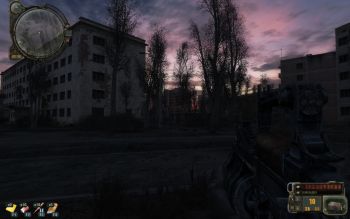 These two factors could effectively kill any game, especially one that lacks an interesting story (you're sent to investigate what caused the crash of some military choppers). So why would you want to play it at all?

Because the Zone makes it worth it. The zone, despite its stunning beauty, is a very malevolent place. Its eerie atmosphere never goes away, not even when the sky is clear and the sun is shining. This is due to a combination of randomly-scattered "living" things, run-down Soviet industrial locations, anomalies and all those little sounds that make the Zone feel alive even when nothing seems to be going on gameplay-wise. Most of all, the Zone looks real. There is a realistic (although sped-up) day-night cycle (at the normal 10X speed that gives 2,4 hours per cycle; but in Complete you can either speed up or slow down the cycle) and a very compelling weather system. Even if you're exploring a location for the third time, it's never quite the same because the weather and the time of day can totally change the "feel" of that location. And then there are emissions that occur about once a day, forcing you to seek cover - and fast. An approaching emission is always a special moment even if finding cover never really poses a challenge.

The game can easily last more than 10 hours, being essentially a sandbox shooter. There are lots of sidequests and you're free to explore the world (which consists of three larger areas) as you see fit, more or less. All three STALKER games took me about 11 hours to finish but this time I spent a few extra hours wrapping up some sidequests (you get a different ending based on your actions during the game), which resulted in a total playtime of about 15 hours.

Conclusion: If a mere pretty sunset gets you off, or if you're seeking that sense of "being there" in a game, then STALKER is a game you cannot miss. If you're looking for a story-driven game with fun shooting mechanics, then avoid STALKER as if it were contagious. While I downright hate many aspects of this game (series), the one thing I've learned is that while you can leave the Zone, the Zone never leaves you. No matter how much you hated it, you always want to go back. That's the curse us STALKERS have to live with. 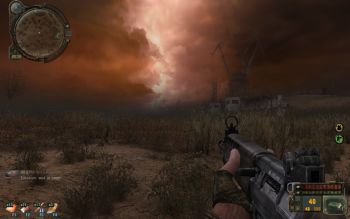 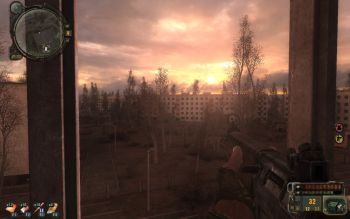 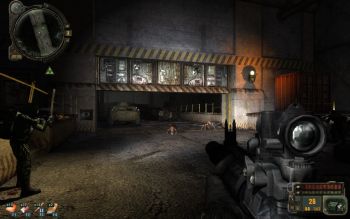 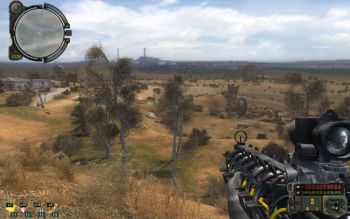