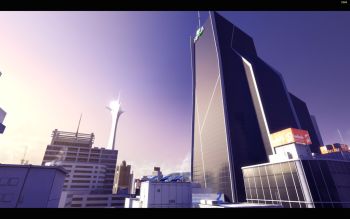 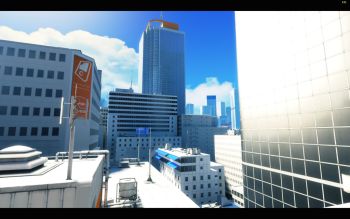 Ever since I caught a glimpse of Mirror's Edge audio-visual style, I wanted to experience it even if I had no prior interest in parkour or puzzle solving. The idea of having you jumping from rooftop to rooftop while doing your best to avoid combat didn't have a similar "gotta have that" effect on me but I thought the game would be worth a shot simply for the sake of its visuals.

And it turned out the game is a much more impressive audio-visual experience than a bunch of screenshots or gameplay videos might have suggested. I haven't been this impressed by a game's visual style since Unreal. Everywhere you go you feel like you're surrounded by a living, breathing city despite the fact that you never cross paths with civilians; you can merely observe them from afar. The city looks beautifully modern and clean. Most of all, all the advertisements, civilians and traffic (including airplanes) make it look dynamic. The soundtrack is excellent, a fact often overlooked probably because many gamers listen to crappy metal groups whose members dress like kids on halloween or look like girls with their long hair.

The game's protagonist is Faith, a "Runner". Runners deliver material that the powers that be would rather have censored, which is why you've got tons of problems with authorities throughout the game. City streets are too hostile so runners rely on rooftops for evasion. Besides rooftops, there are vents, subways, maintenance tunnels, wind tunnels, canals, shopping malls, offices etc. While nearly everything is washed in white, objects painted in red serve as immediate hints as to where you should be heading and how. 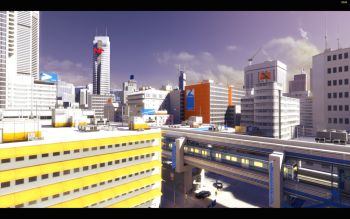 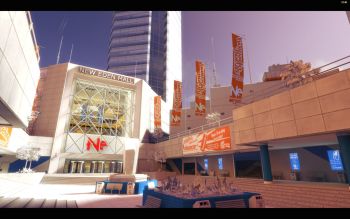 A lot of puzzle solving involves repetitive attempts to get your movements just right (the infamous trial and error method). This can be irritating when the game doesn't behave the way you want it to behave; in other words, you know what you're supposed to do but you can't quite get the game to do what you want. However, for the most part solving a typical obstacle takes a few seconds and at best you can go for minutes without having to stop; you solve puzzles on the go. I was stuck for an extended duration only once, but that particular once took an hour so it was particularly frustrating as my remote control will tell you - the poor thing got smashed into pieces upon hitting a wall. (I may have unnecessarily prolonged my suffering by opting not to consult walkthroughs.) I can't imagine those who get stuck all the time enjoying the game. The game can be unforgiving but I loved every minute of it (minus that one hour).

The game's controls are excellent and very simple. Basically all you need for all the acrobatics are just two buttons and a mouse. You can feel the weight of Faith's body as her breathing intensifies as you run faster and faster. Her arms and legs are often visible and behave in a credible manner, pretty much a must in a game like this.

While firearms combat is, in general, discouraged, there are moments when the best way out of a situation is to shoot your way out. Weapons don't have clips, and you can't carry them beyond obstacles (of which there are many) so your ability to rely on this option is severely limited, which is only great because the last thing I wanted was to have the game degenerate into a typical shooter. You can choose not to kill anyone but I found the occasional firefights refreshing. Melee combat is frustrating so the less you have to fight face to face the better. Sometimes face to face combat is inevitable but usually you get to choose between evasion (the preferred method), shooting, sneak attacks and quick attacks (for example, a quick and aggressive kick with which you can avoid having to fist fight). The usual advice is that whatever you do, do it quick, especially because you rarely run into solitary enemies.

There's a story too and while it's nothing special it does what it's supposed to: provide a rationale for your actions. Not every story has to be about changing the world. There are animations between chapters and they fit in nicely with the game's visual style.

Conclusion: Many have criticized the game's reliance on trial and error type of gameplay but I find such complaints exaggerated or resulting from low-skill players getting paid for reviewing games. While I died countless of times, getting back on track was usually a matter of seconds. There are more minor sources of annoyance than this review might suggest (no manual loading, for example; often you'd rather have the game quickload, i.e., have your character die, than go back to square one that can be farther from where you were than the previous checkpoint) but they can't take the fun away from Mirror's Edge. And what the game's flaws can't even touch are the game's absolutely stunning visuals and its brilliant soundtrack. 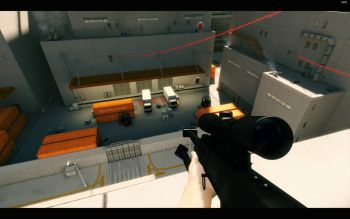 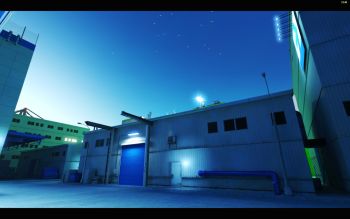 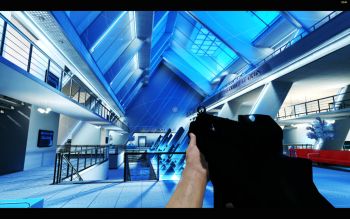 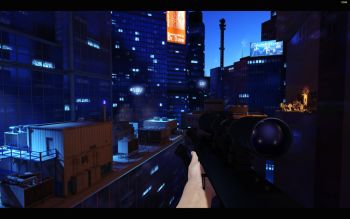