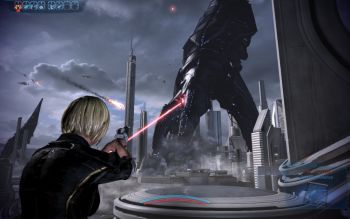 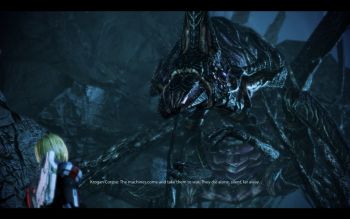 Mass Effect 3 hits a high gear right from the beginning as the Reaper invasion unfolds within seconds of starting a new game, leaving Vancouver in a state resembling the recent Stanley Cup riots. The galactic war is constantly present whether you're at the Citadel witnessing refugees flow in, or planetside fighting the bad guys. But the galactic war isn't the only war you're waging. Cerberus, a human-supremacist group and your employer from the second part, is interfering with the official line, all for a purpose that's really only known by the Illusive Man, the sinister but charismatic leader of Cerberus, voiced by Martin Sheen who delivers another phenomenal performance, right down to his very last line. The constant presence of Cerberus brings an interesting aspect to the game as it becomes apparent that their methods are right from the nazi playbook, causing you to question your involvement with them in the previous game.

Of course, that's not the only moral dilemma the game presents. Would you allow an artificial "race" to become your ally, even while another artificial race is obliterating the galaxy? And for the first time in a video game, I was really disappointed in myself, losing something important while the galaxy was counting on me. In the general sense I had seemingly become a wuss, going for the "Paragon" option way more often than before. (I have no idea whether this change was due to me or the way the game was designed.) I still found any attempts to forge romantic relationships between the characters rather awkward, maybe due to the "Uncanny Valley" effect: game engine technology just isn't ready for this kind of stuff yet. So, whenever someone tried to initiate emotional contact, I was already going "Abort! Abort!". This time around the uneasiness was only more evident as the game tries to force-feed sexual relationships not just between same sexes but different species as well and even between organics and machines. As a libertarian I had no trouble with this in the moral sense but it's the Political "oh look how progressive we are" Correctness that made it feel quite forced. But the game lets you choose, and I chose not to pursue anything beyond formal relationships. 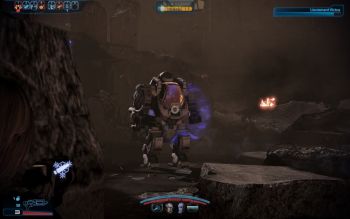 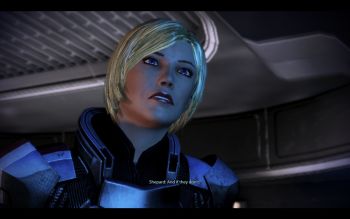 As for the actual gameplay, the game's maps pack a lot of power, not only physical and visual but emotional as well as you get to meet your old buddies, some for the very last time, and witness once-great cities and armies pulverized by gigantic Reapers. I still missed some of the visual, y-axis glory that some Mass Effect maps had but these are at least as good with improved graphics and signs of life in the background. (Amazingly the load times were even shorter than in Mass Effect 2, rarely going for even five seconds.) There's still no "exploration" (within maps, that is; there are still tons of sidequests), or nonlinearity for that matter, but that's not the point of the game as these would only take attention away from the more important aspects: story and the combat system. The maps specifically cater to the needs of the combat system and as such allow for more freedom of movement. There are some cool new badass enemies such as the Banshee, always a frightening sight and an instant classic high-rank "regular". There's a simple but effective weight system that penalizes for carrying too many weapons by decreasing your power recharge time. As an infiltrator I found it best to carry as little as I could, allowing me to use the cloak (that renders you invisible) more often. (Check a combat-based gameplay video I uploaded here.) 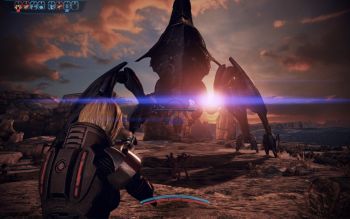 For the first time in the series there's a multiplayer mode. There's just one, survival type game mode where four players fight co-operatively against 10+1 waves of enemies. It is quite simple, but there's a good balance between allowing for freedom of movement across the gameplay area and forcing the player(s) to make a stand at specific points. Character classes play a significant role. For example, some waves consist of four assassinations, i.e., killing marked enemies that are usually surrounded by a larger group. As an infiltrator I could turn the invisibility cloak on and run directly to the marked enemy, killing it with a simple melee attack while my friends were still trying to get rid of the mark's guards. It's also much easier to revive your teammates as a fast-running, potentially invisible infiltrator. (The obvious tradeoffs are weaker weapons and lower health, but I've always preferred speed, which also explains my fondness for the Scout in TF2.) Unfortunately the multiplayer mode lacks detailed statistics. (My multiplayer gameplay video here.)

As for complaints, I've got only a few. While the maps look amazing, they're still a bit static. Even as the Reapers are destroying everything, nothing really seems to get destroyed: like its predecessor, Mass Effect 3 lacks dynamically interesting environments. The multiplayer mode is tied to the single-player campaign so that "success" online means a better ending for the single-player campaign. The differences are hardly significant at the end of the day, unless you really suck at the single-player mode too, but I still found this a bit unfair: I'd argue that only a few have an urge to jump into multiplayer while still playing the campaign. There are also a few console limitations that raise their ugly heads every now and then: there's only one button to cover rolling, entering the cover mode, jumping over covers etc., and the multiplayer mode lacks something as simple as a chat window (which has its obvious benefits too).

Mass Effect 3 saves the best for last. During your last grand assault on a Reaper-held position the game almost literally, completely and unexpectedly pulls the rug from under your feet. Shepard walks, barely, through hell and after one last ascension, facing the ultimate choice, you might feel a sting of disappointment, bitterness and unfairness but that's the brilliance of it. There will be no Marvel-like moments whereby the hero defeats the much more powerful enemy with some cheap trick that she just pulled out of her back pocket. Instead, Mass Effect 3 delivers the most beautiful and memorable ending in a computer game yet, forcing the player to face the cold reality that winning a destructive galactic war can only be bittersweet... at least until Bioware releases a DLC to please all the angry fans who just wanted to feel all warm and fuzzy inside.

Conclusion: If there's one guarantee, it's that Bioware has been listening to the fans, no matter how much crybabying over the series' ending there has been. Repetitive, meaningless sidequests are gone. The combat system has reached its apex with a perfect balance between weapons and powers. No more tedious mineral gathering (which I didn't mind in the second part). No more too much nonsense in the inventories, but without making the game too simplistic. And if Mass Effect had the best story but weakest character interactions, and Mass Effect 2 had it the other way around, then Mass Effect 3 combines the two in the best possible way. Mass Effect 3 with its consistent improvements, effective use of the soundtrack, gutsy story, the best ending in a videogame so far, a solid multiplayer mode and my beautiful female Shepard make it one of the best video games ever. 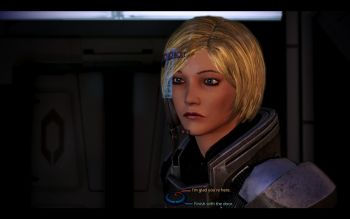 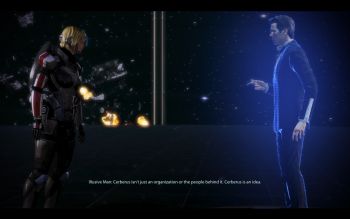 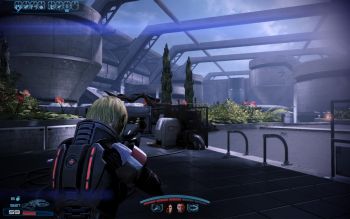 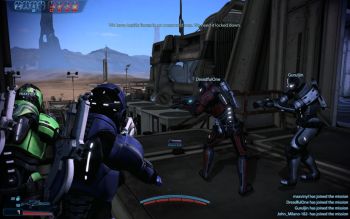