GRAW 2 is a direct sequel to GRAW. If it were shorter I'd call it a mission pack. The battle between Mexican loyalists, terrorist thugs and American elite forces continues.
I won't go into gameplay specifics this time - just check my review of GRAW for that. But what is wrong with GRAW 2 is pretty much the same as what was wrong with GRAW - stupid AI, bugs and unfair gameplay. 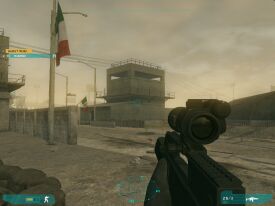 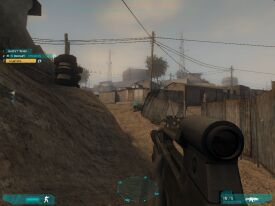 First, I was unable to patch the game because of some bug. The patch program complained that my installation of GRAW 2 is corrupt. Then there were crashes - at least three different bugs caused the game to crash to desktop. One thing in common with all the people who have reported of these crashes is that they all have Nvidia-manufactured graphics cards.

Then there was this annoying quicksave/quickload thing. When a new mission starts the game autosaves but the game doesn't recognize this as a quicksave (as most other games do). So when you die without having quicksaved during the round quickloading causes the game to load the last level and not the one you're playing. But anyways, having a quicksave feature (GRAW didn't have one) reduces irritability.

There were some annoying problems with scripts. Sometimes a script doesn't end/start before you have killed a certain amount of enemies which is nothing new but here it's pretty annoying when an enemy refuses to come out - it seems that they have some sort of a sixth sense telling them exactly when you're looking at whatever obstacle they're using to stay safe (taking down snipers once they have learned that you've spotted them is pretty difficult). 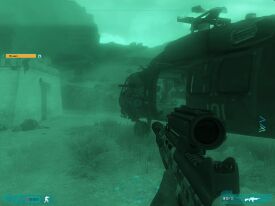 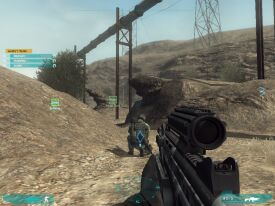 Your own team is still a burden. In the last mission (maybe the worst mission ever in any game) which is easily the most difficult (I died around 40 times) the team is unable to do anything but die so I just ended up leaving them in a safe spot and went solo. Well, sometimes your fellow troops are useful like when you can use them as baits. But sometimes you just want to bring them home safe so you take extra precautions to ensure their safety - but often this is not enough and they just end up dying due to their stupidity. It's so frustrating to hear them yell "Aaargh - I'm hit!" and do nothing about it! I mean, find cover for fuck's sake or return fire! Sometimes your buddies can't seem to navigate or obey simple instructions. And while the enemy is not awfully smart (thank God for that) they're awfully accurate. This particularly frustrating feature has plagued tactical shooters since Rainbow Six: guys with an IQ of 0 are able to pinpoint your location a mile away even when it's dark and shoot right between your eyes.

Oh, and then one nasty load game bug doesn't seem to take the specific position you had when you saved into account. For example, I go prone in order to avoid a mounted machinegun fire and save but when I load I'm standing and dead a second later.

Conclusion: With all this complaining and criticism you might wonder "what's there to like?". Well, despite all these bugs the game is still relatively fun: issuing orders and clearing Mexican streets resembles urban combat pretty well (despite the fact that the environment is pretty static) and level design is good (despite the fact that the game is quite linear and the levels are not as impressive as in GRAW). The existence of all these flaws and bugs merely demonstrates that 1)the game was extremely poorly tested and 2)Ubisoft isn't concerned with fixing these bugs (despite the fact that I was unable to patch the game I have read from various GRAW 2 forums that most of the problems I documented here still persist at least to some degree). 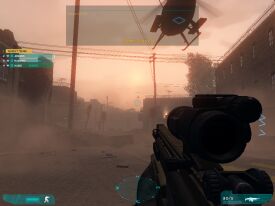 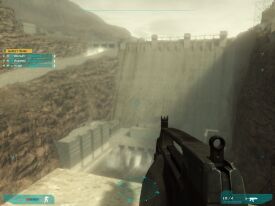