Description: Duke's train ride is interrupted by the alien scum. A nearby town is in need of help so Duke must do what he does every Christmas: bring destruction and death.

Into It: This is one of those seemingly open-ended city maps where there's some ground to cover and many buildings to visit. The town relies on a set of textures from Blood, making it look a bit like For Providence in the AMC TC, although a lot less ambitious. Appearances are deceiving anyway; only some of the town's buildings are accessible and the open-endedness is a bit so so. Detailing is a bit modest as the map seems to rely more on its atmosphere: Christmas spirit is conveyed via audio, Christmas decorations and con tricks, including snowfall and rocket projectiles that have been modified to fit the spirit of the season. As far as gamelay is concerned, ammo is quite scarce but there's plenty of room to move around and evade enemies until you're better equipped to deal with them. Often you also need to lure your enemies into the open in order to avoid wasting bullets on blocking sprite trees. Disappointingly the action never seems to intensify and the ending is rather abrupt.

Conclusion: Blowing up aliens in this Christmas-themed map is good fun although it doesn't last very long. All the Christmas stuff and con tricks really help the map as without them the experience would be quite stale. Not a bad map to get you in the spirit of the season. 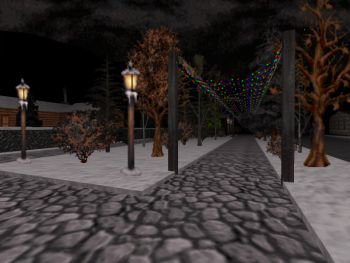 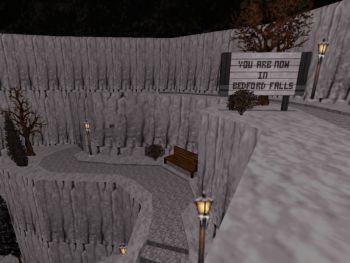