The Review: It's been more than 12 years since the last time Aaro Ruohonen released a Duke3D usermap, but this off period hasn't been completely devoid of mapping activity. X3 Studios is actually already seven years old, but is only now seeing the light of day. As is said, better late than never, as it'd have been a bummer if this map had simply rotten away on someone's hard drive. X3 Studios takes the XXX studios theme of E4L7 but expands on it considerably; what starts off as a simple romp through the narrow and dark corridors of a porn studio ends up featuring everything from alleys to industrial facilities. The map's design is solid throughout, boasting varied environments that rely on good trimwork and strong lighting, especially outdoors where the sunset sky is the perfect excuse for the presence of such strong shadows. Also, in a further nod to the original maps, the map turns out to be pretty interconnected despite its apparently linear progression.
Gameplay is the tricky part here. On the second skill level the map is very hard. There are nasty respawns such as Commanders and Protector Drones spawning behind your back, not to mention fights against Sentry Drones in close quarters. Ammo is so limited that you're basically doomed if you waste any ammo on Pig Cop Tanks rather than relying on their self-destruction devices. However, on the easiest skill setting the map is much easier, but ammo scarcity still ends up dictating your play. This is not strictly speaking a complaint; at this point I'm all up for some challenge. However, it's rather unusual to have such a stark difference between two of the lowest skill settings.

Conclusion: A refreshingly but also somewhat unfairly challenging city map consisting of varied, well-designed but also quite confining urban-industrial environments. Don't hesitate to go for the easiest skill setting if you're looking for a more relaxed experience. 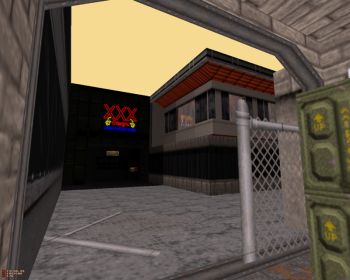 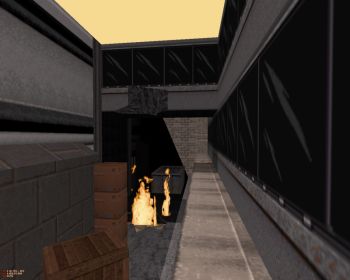