The Review: Sanek's recent mapping history has been a bit of a rollercoaster ride marked by initial enthusiasm, followed by waning of interest that then results in releases that seem rushed rather than nurtured. Winterfall, a snowy city, suffers from this up to a degree but is pretty fun to play and it has a bit of atmosphere, which is something that's usually lacking in Duke3D maps. In many ways Winterfall is a very typical open-ended city map: Its gameplay area is large and open, there are many buildings to visit, and you'll spend most of your time looking for keys and buttons. It's a simple concept and it works pretty well here. The map is pleasant to play; it's balanced, not burdened by excessive respawns, pretty easy to navigate and the winter haze is kinda soothing in a familiar kind of way (a point probably lost on those who don't get snow every winter). I was lost for a few minutes when I couldn't find a Shrinker that was necessary to move on but then I remembered there was a whole section I had ignored as background scenery. I liked the idea of taking the player out of the main gameplay area for a while, but a few more visual hints could have reduced mindless wandering here. As for design, while there's a decent amount of details and spritework, way too many rooms were marked by blockiness. Still, there's easily more good than bad here, and the map conveys a sense of journey during the 30 minutes of gameplay it offers. As a last note, the new music tracks fits the atmosphere well but gets slightly repetitive. 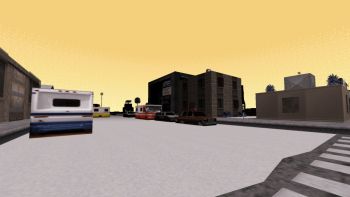 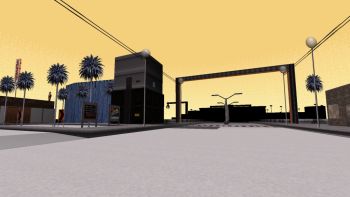