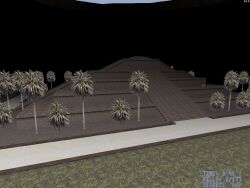 A fresh vacation themed episode, a bit like Caribbean but only in style. Level design does not quite live up to HangNail's previous release, Out in Space, and gameplay is somewhat tedious.

The first level is a hotel resort. Design is average, not very detailed but the biggest problem is that the level is repetitive. You explore similar looking hotel rooms and blast tons of aliens to Hell. The second level has some cool hi-tech parts (HangNail seems to be good with these) but once again it suffers from repetitive gameplay. The third level is another hotel with a bit less repetition than the first level but I noticed several out-of -scale objects such as doors and textures. Lighting could be better and the casino near the end has poorly textured slot machines. The fourth level, a market place, has some street action and cool outdoor design, making it a bit more appealing than the previous three levels. The fifth level has more y-axis action than the rest of the bunch and this is maybe the only level where I could walk around for 15-20 seconds without spotting enemies. The sixth (a theme park) is the best of the normal maps with a good mix of hi-tech, nature and outdoor design and I especially liked its use of green and brown colors. There's also a secret level which is actually the best map in the pack design-wise. It is the most hi-tech influenced and has a bit more variety than the other six. I couldn't find the level though so just dnscotty308 to get to it. 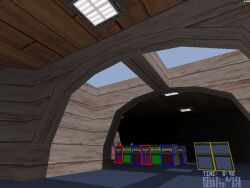 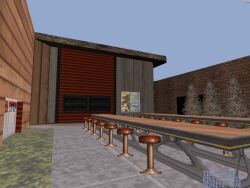 The biggest problem with the pack is the tiresome amount of enemies every map has. If William Gee makes maps with tons of enemies of which many are tough ones (Battlelords and Commanders) then HangNail makes maps with tons of rather weak enemies. You're constantly fighting. In fact, you can pretty much hold down the fire button all the time since you won't be not shooting much anyway. Note that I'm not saying the pack is challenging: it is anything but challenging. The monsters are weak and there is plenty of ammo around. I don't remember dying at all in any of the seven levels.

The pack is a rather so so experience with its fresh looking holiday maps and themes but repetitive gameplay. My bet is that it's gameplay that either makes you like this map or not. If you're into Doom type of gameplay with tons of weak enemies constantly after you then you're bound to love Vacation Cove. If you're not into that kind of gameplay you may want to play the levels one by one instead trying to take it all at once. 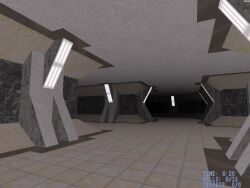 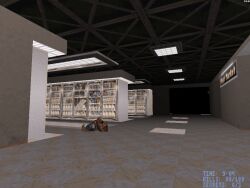