Description: Steph's freshy is a standard Stephie. It's a blend of hi-tech and hi-tech city and it's all gray.

Design: Steph is known for sticking with one style and repeating the same details (everyone does this but with Steph it's even more evident). Play any map from ICE or Gotham's Industrial District and you're bound to recognize many similarities. However, this is not such a bad thing since it doesn't look bad - it's just repetitive and a bit too simple to build.

Gameplay: The urban area, that consists mostly of outdoor action since only one of the buildings is accessible, is a good reward for getting out of the factory but stretches too long. Puzzles are somewhat easy with a few buttons & keys but there are plenty of areas that need not to be visited. Also, the monsters just keep coming and it gets a bit repetitive. There's little sense of progression. 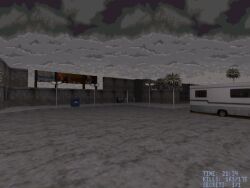 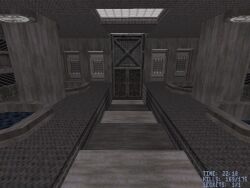