The Review: Merlijn's epic Shaky Grounds series has finally progressed to its second part, Tragedy, where Duke continues his journey through an earthquake-devastated city, this time coming to the realization that the cataclysm was caused by an alien weapon that must be stopped. Once again the player is treated with many jaw-dropping moments of a city thoroughly destroyed. A highlight of the map is a path Duke must take through a collapsed building, a scene that reminded me of F.E.A.R. 2's otherwise forgettable Reborn DLC (and let's not forget that Freeway (E3L11) had a collapsed building too, albeit somewhat more primitive). The scene is not only disorienting but technically impressive as well; imagine having to design everything rotated by 90 degrees. Like in Apocollapse (or any map by the Oostrum brothers) there is plenty of creativity in the fine details, and the plot too tries to come up with something a little bit different, presenting the gameplay as a feud between Duke and a specific alien commander. Combat is balanced overall and spiced up by the inclusion of a few staged battle, and once again there's a new music track to boost the map's desolate post-quake atmosphere.
Ultimately the map's biggest "problem" is that it's essentially "more of the same". While the Red series took Duke from cities to riverboats, the scenario in Tragedy is pretty much the same as it was in Apocollapse. In fact, if it weren't for the engine limitations you could easily stitch these two maps together without losing any coherence. The material is still top notch in every regard, but the novelty factor is no longer there. The map also seemed to end somewhat abrupty around the 20-minute mark, but if that's a sign of more sequels to come, then it's all good. 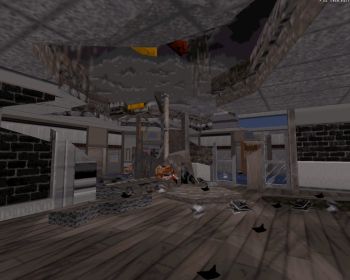 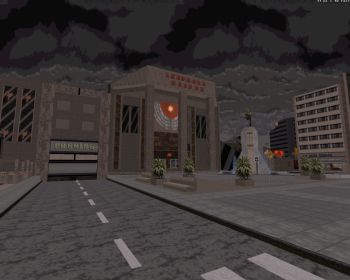