Description: Afterglow: The Scent is a sequel to Afterglow: A New World Rising, which is still one of the biggest city/hi-tech maps out there. The Scent recycles many of its predecessor's locations.

Design: The first part of the map, which consists of finding your way out of a sewer facility, is brand new. The lightning in this part is the best and has taken a leap forward since A New World Rising. After this it's back to the streets of NWR which have been somewhat heavily modified (especially in terms of gameplay). General architecture & details are average throughout the map.

Gameplay: The map plays rather well just like its prequel. Getting lost a few times is a requirement since the instructions aren't always that clear. Monster/ammo balance is good. The map's got a few bugs. Ghostwalls seem to appear in a few locations but they don't block any essential paths.
There's plenty of stuff to do since the level is quite nonlinear. And since you are most likely to get lost you may be forced to investigate more than you'd like to. The level took me exactly one hour to complete.

Conclusion: I'd have to replay A New World Rising to get a better idea of the two. The maps share a lot. Either the map is a bit better or a bit worse depending on whether you like the idea of recycling. In strictly technical terms (gameplay and design) The Scent is better than NWR. 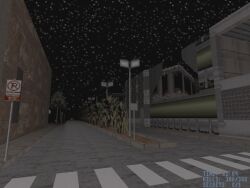 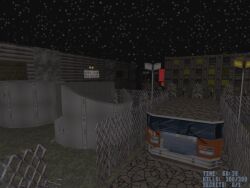