The review:: This map turns a respectable 14 next January so it's about time we got it reviewed. Suburbs is a medium-size city map by a Slovenian mapper.

The map has stood the test of time pretty well. It doesn't have any eye-catching details but it's more than compensated by strong, 3DR-style lighting. Still, you cannot avoid noticing how empty some parts of the map are. It'd be bad if the map weren't so well polished but it is which makes you want to file it under the "clean" category rather than the "undetailed" category.

Gameplay suffers from similar flaws. There aren't many enemies, which makes it feel as if Duke is just cleaning out some leftovers. The streets are eerily silent but nothing really materializes. A poorly placed pack of steroids might also encourage (or mislead) the player to skip a large part of the level. There's quite a bit of nonlinearity going on with several optional areas but this also translates into potentially short duration in case of players with no interest in exploration.

While Suburbs suffers from blandness with respect to both design and gameplay, it's a mediocre map with good lighting. Well worth your time. 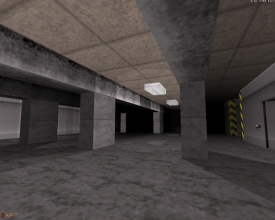 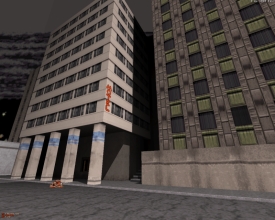