The Review: About a second into this map you'll be dead. An EDF ship is under attack and you have to make your way to the escape shuttle. Unlike the first map of the legendary Starship Troopers TC, this desperate escape through a doomed spaceship is anything but fair. Instead, it's constantly trying to fuck you up, and those waiting for a reprieve are gonna have to wait until they hit the nukebutton. What's surprising is that Spacetrap is actually a pretty good map; it has a few good set-pieces and that cinematic feel that you rarely come across in Duke3D maps. Its overall design is a bit rough, but you won't have much time to stare at your surroundings anyway, and there are some nice details such as debris and dead astronauts surrounding the spaceship. All this isn't to say trial & error is now some kind of a virtue that should be encouraged, but a map should be taken for what it is, and at least this map won't fool you into expecting anything else. Moreover, being only around five-minutes long, there simply isn't a lot of time to allow tedium to set in. Or, when life gives you lemons, "just shup up and eat the damn lemons." 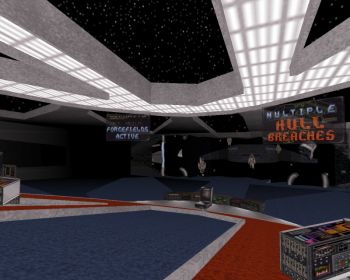 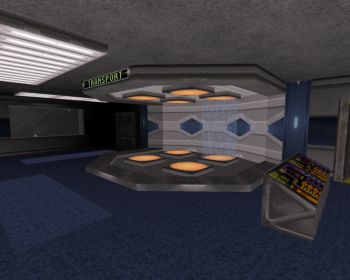