The Review: Hell was more of a thing in Doom than in Duke3D, but that hasn't stopped mappers from crafting hellish environments in the Build engine. South of Heaven is one of the best interpretations of Hell in Duke3D, featuring a large underground cavern/dungeon of sorts. Most of the stuff you come across has been painted in red, as you'd expect, but monotony doesn't really get to sink in. The map is littered with rocky terrain, which is quite detailed with slopes and multiple shade values to make it look realistic. The map features both small and large areas, the first part of the map being a network of caves and the second a huge cavern, and there are a few eye-catching details along the way. Gameplay is a bit disappointing in comparison. Finding buttons isn't that much fun when everything is colored the same, making it tricky to spot the very details you're supposed to notice. Moreover, the first half of the map is a bit of a pain to navigate because of its narrow cave sections, often full of small fires that can easily burn away your health quickly. The second half is a lot more fun with its open design. Even the jump puzzles here work quite well rather than becoming an annoyance.

Conclusion: South of Heaven boasts an infernal atmosphere with its dungeons and lava-filled caverns, being a good looking map throughout. It's less consistent in gameplay terms but after getting past some gameplay-related annoyances in the first section, the map improves in the second half. 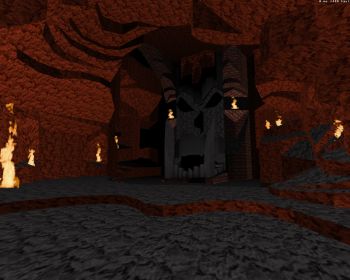 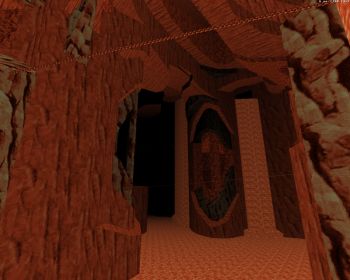