Description: Sang's SMND is an introduction to an episode he's working on. It's a space map with a bunch of new tricks (EDuke required).

Design: SMND is the first released map (at least that I know of) to take advantage of a new EDuke feature - fog. It looks very good although feels a bit like a cheap trick (as in filling an empty room with fog to make it look good) - but it works nevertheless. Lightning plays a major role in the level - it's mostly used effectively but sometimes seems to replace architecture. The scale of practically every room is also a bit too big (no wonder after Battlefield 3).

Gameplay: The map starts off quietly and escalates from there on. It's not quite as moody as it could have been. Puzzles are generally good - the automatic machine guns bring in a new tactical dimension to the otherwise quite standard gameplay. It's a bit harder than most maps.

Conclusion: A mediocre space map with a few new tricks. The architecture could use more work. 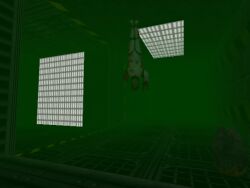 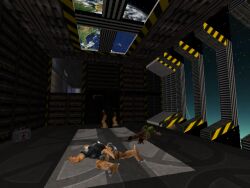