Description: Another worthy map from ILoveFoxes, SkyCity 2 is a sequel to SkyCity (although released shortly after SkyCity 3), which, if you remember, ended as Duke entered an airplane. Guess where this one takes place?

Review: Okay, so after I had played this one, I actually dug up two other known plane maps*, Boeing 747 and Passenger Jet (both now re-scored). All three maps are quite similar for obvious reasons (how many different looking planes are there?). You get the passenger compartments, the cargo area, the cockpit etc. SkyCity 2 has slightly more variety since at one point you get to exit the plane, fly on top of it to pick up a key card and then return back inside. It's a well conceived scene with air combat during which you have to keep an eye on your jetpack gauge. There's also a short city scene near the end.

Conclusion: Another fun and well designed airplane map with something new to show.

*I guess CC Star Ship V2 also qualifies as a plane map but is not comparable to the rest due to its futuristic theme. 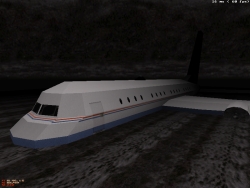 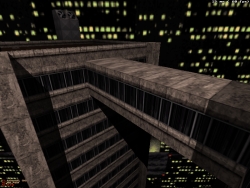