This is a more humane version of Sewerside, a map released by Iggy last summer. The pack now supports DeeperThought's DukePlus instead of SD_Duke and gameplay has been tweaked. The actual architecture has not changed much so my old review of the level is still valid in this respect.

I cannot comment on how the absence of SD_Duke has improved performance since I bought a new rig between this and the previous version of the map. I played the map both with and without the HRP and there was an odd graphical glitch that seemed to affect lighting in areas with fog. Other than that, the level still looks good and seemed to run rather well without any significant slowdowns.

With DukePlus, there's now a bit more variety in terms of gameplay. You can climb ladders, footsteps make a sound, there's rain, improved enemies and several other new features. It's nothing dramatically new but it's an okay addition. The gameplay is certainly more humane than what it was in the previous version (not to mention the version before that!). 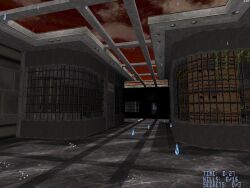 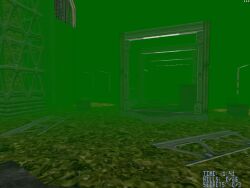