The review: Retaliation is a small urban/hi-tech map intended to show some neat room-over-room effects (which is why you need a relatively recent version of EDuke32). As such it's not quite as ambitious as Loke's previous map, Desert Storm, but still a worthy addition to our list of Hot Maps. The map has a cool scripted sequence in addition to some visual jokes. Design is top-notch mostly thanks to ultra-heavy trimming and flawless texturing. The room-over-room effects are worth paying attention to as a technical curiosity but the map could've been made to look and play almost identical even without the effect. The downside is performance: the OpenGL-powered Polymost mode has tons of visual glitches while the least-glitches Polymer mode is slow. (The 8-bit Classic mode is somewhere between the two in terms of glitches and performance.) Gameplay is pretty straightforward with less than 20 monsters to shoot and a playtime of 4-6 minutes. 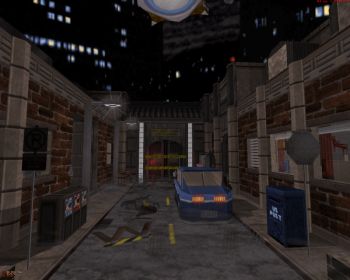 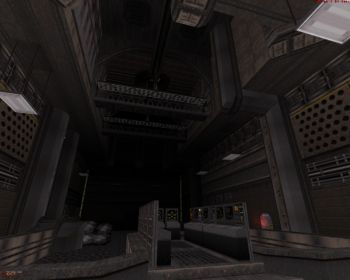