The Review: Red 1, the beginning of a classic series, was remade about a year ago. Now the author has subjected its sequel to a modernization treatment as well. However, while Red 1 was more or less completely remade from scratch, Red 2 has merely gotten a facelift. Thus, a lot of the original review still applies. The main outdoor area has been slightly expanded and there's a new cave section that resorts to all sorts of Red clichés from scary sound effects to sights of Protector Drones taunting you. Other than that, the map is pretty much the same as its old version. In fact, I had played the original not many months ago, so while playing this new version, I had to load the original map for a while just to check if I was actually playing the right version. It's not that this version looks bad by any means, it's that the original Red 2 was already a worthy map. Details have been added throughout but we're talking about rather minor improvements that do very little to change the overall look or tone of the map. Still, Red 2 is a classic map that you should have played a long time ago. If you missed it for some reason, here's a chance to redeem yourself. 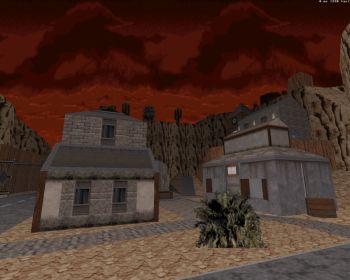 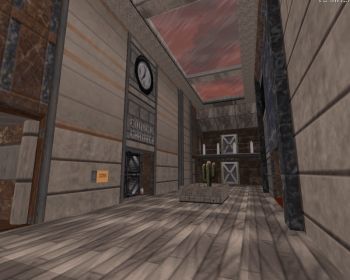