Design: To get the most out of Project Zero I strongly recommend that you use the High Resolution Pack. The map looks amazing with the HRP although suffers from repeating and sometimes annoying slowdowns (depending on your computer, of course). However, the map is fully playable without the HRP. The candy-like HRP colors which more often than not don't suit look particularly good here. Anyways, the map relies on gameplay and utilizes a practical amount of details so don't expect any Bobspque architecture. Worth noting is that DeeperThought worked on the shotgun model to make it consume less screen space.

Gameplay: You start the map from a briefing room, gear up and then take a choppa to attack the enemy from high above. During the invasion you're being accompanied by two Dukebots and Drones. The bots die sooner or later but at one point reinforcements will step in to help you. Once you sink deep down inside the enemy base (the map switches soon after the start from mansion to hi-tech) you're left alone. Various DukePlus features such as climbing, playing with fuses and so on are all there. The level also introduces a new weapon: the Gravity Gun which works like its big brother from Half-Life 2. You get to kill Commanders, Protector Drones, minibosses and more. Gameplay is balanced and fun. There's not a single boring moment but I'd have been fine without one annoying laser tripbomb puzzle. Ice (a DP feature) and water have been put into good use. The end is satisfying. 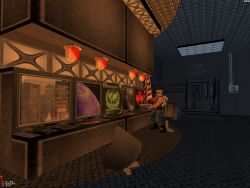 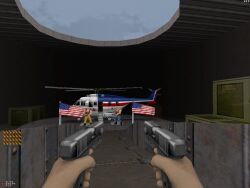 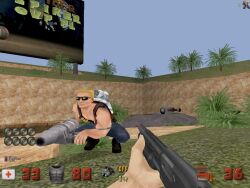 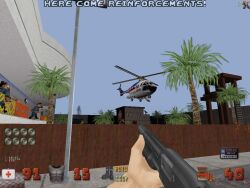