The Review: A semi-forgotten hottie from late 1996 that I recall first stumbling upon in Duke Forces (I think), and then came across again a few months ago when searching for potential Out-of-the-Grave maps. Polaris Outpost appears to be an orbital space station that's seen better days. It's permeated by a dark, sinister atmosphere ("music e2l4" in the console works well in this one), surrounded by nothing but the vacuum of space. Detailing may not be up to modern standards, but the map has a very strong layout; I love the way the first key hunt loops you back to the start of the map, then you start working toward the map's center. Polaris also avoids falling into a typical corridor-room-corridor pattern, instead opting to experiment with various room sizes and shapes to give it a more "natural" feel. Some areas a bit dark, but never really to the map's detriment, and the map makes effective use of so-called "earthlight". The space station theme is also thoroughly well utilized with some cool exterior shots along the way and a short 2-way-train ride added for some flavor. Every section seems to have something interesting in it, and you even get to blow up some escape pods (at least that's what I think they were). The map is also balanced just right, being tougher than the originals but never unfairly so. Finding secrets is not necessary but helps noticeably, which is the way it should be. My only complaint is one button that, while not strictly speaking hidden, was kinda hard to spot against its immediate background.

Conclusion: A dynamic, fun but also occasionally tough space map that would've been way ahead of the curve back in 1996. Probably got some attention in Duke Forces, but Polaris Outpost is worthy of its own spotlight. 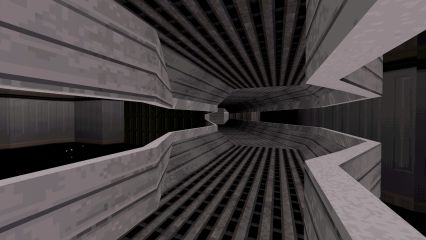 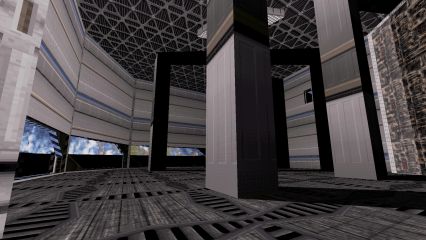