Note: The map requires the AMC TC: Episode 2 to play.

The Review: Snowfall contributed an expansive Martian base map to the AMC TC Episode 2. Pipe Dream is a much smaller and more pedestrian in nature, putting the player in the backalleys of Winnipeg, kind of a Canadian Detroit-lite and the home of the Winnipeg Jets (whether they're still around is another matter). You'll be trekking through sewers and powerstations, while getting the occasional glimpse of the big city, seemingly full of activity but soaked in rain. This is quite effective as it instills a sense of powerlessness: The player exists at the fringes of society, but ends up fighting a dangerous enemy the civilian population is unaware of. The accompanying music track enhances this experience. Gameplay is rather traditional, making moderate use of AMC TC features and sticking almost exclusively with the aliens from Duke3D. However, the map is rather unorthodox in that there are two very different routes to the ending, one that consists of narrow corridors and dimly lit rooms, and another featuring more open and varied environments. This definitely adds replay value but the underground route is a bit underwhelming so I'm not sure why the player is even given a chance to go for such a lesser experience.

Conclusion: Pipe Dream is a kind of a "Tales from the AMC" type of thing, stories that expand the universe at its fringes, providing that universe with more depth but without directly dealing with the epic stories of the main storyline. As for the map itself, the decision to allow the player to choose between two noticeably different routes has its pros and cons, and the map could have used more features from the TC, but otherwise it's an atmospheric journey through sewers and alleys. Hopefully more stories of this nature will be seen in the future. 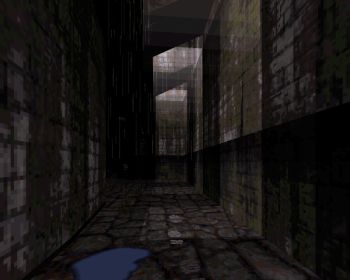 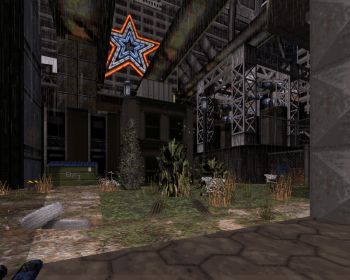