Description: A nonlinear city map that should take you at least 30 minutes, unless you're very lucky. Uses the new room-over-room effect heavily with optional (and recommended) Polymer lighting. ATI users beware...

Into it: This is not quite the first TROR map out there but it's so far the most impressive with respect to how the effect has been used. The use of this new effect has not been limited to a couple of showcase rooms but its presence is felt everywhere around the map, to create an environment that's one of the most interconnected I've ever seen. This translates into a nonlinear gameplay whereby the player is at least under the impression that he's free to explore the map as he chooses. Of course, with keys and buttons spread around the map there's still a certain order of things that you can't get around and yet the map does succeed in creating at least an illusion of nonlinearity.
But such nonlinearity may not be your cup of tea. Players are bound to get lost and few get any joy out of spending minutes wandering around, not knowing what to do or where to go. Luckily the map is so filled with locations that you're also bound to stumble over a new location just by walking around.

Ironically for a map that tries to capture some of the spirit of the original maps Parkade's biggest problem is its performance. The TROR effect is relatively glitch-free in the unplayable Polymer mode. Another factor weighing heavily in Polymer's favor is the implementation of Polymer-based lighting, which is the real culprit in rendering the map unplayable in that mode. Horrible fps left me with no choice but to play the map in the ugly and slow 8-bit Classic mode which is not free of numerous TROR glitches. To be sure, there is sector-based lighting and it's at least adequate but still, I had no option to play the map the way it was intended and as such some of its visual glory was lost on me. It is for this reason that this review is lacking a score.

Conclusion: Parkade is one of the most nonlinear maps out there and the first really ambitious TROR project. The map's high degree of interconnectivity goes both ways, rewarding explorers with new goodies and locations but leaving some frustrated. Design is similarly double-edged as those with NVIDIA graphics cards should get the most out of the map's visuals while the rest of us are forced to play in the buggy, slow and ugly Classic mode. A glitch-free Polymost mode would go a long way to improve things but at the moment that's merely a faint hope. Despite these issues, fans of big city maps with tons of stuff to explore should not miss Parkade. 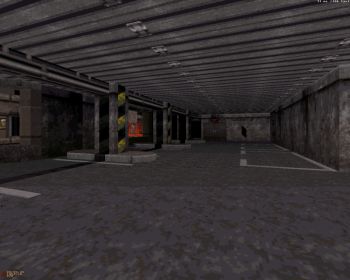 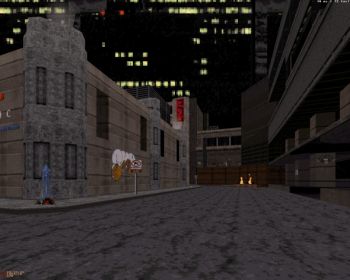