Design: Mike's style is not radically different from the one we saw in original Duke3D levels - it's just a bit more detailed and shadows are better. Some areas are a bit empty because the level is 'unfinished' - This however applies only to a very few locations. Lightning is great and used where it should be used.

Textures: Simple texturing - very similar to original Duke3D levels (E3L6). The level is well decorated with nice & simple trimwork all over the place.

Gameplay: The level is not that long. You need to find all three keys but there's very little searching. You end up completing the level in less than five minutes. It's fun while it lasts but the level could use more enemies - now the action feels a bit too 'dead'.

Innovations: Nothing really - there's an arriving subway in the end but we have seen similar effects used many times before - but it does what it's supposed to do - spices up the gameplay.

Conclusion: Well it'd have been a shame if this level had remained on Mike's hard-drive - It's a good one and fun for five minutes so get it now. 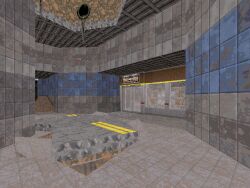 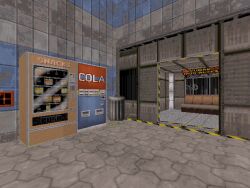