The review: Moonlight is a very short space map from the author of Flood Area. As Flood was inspired by E3, Moonlight is inspired by E2. It doesn't quite live up to the standards of its role models but doesn't leave them in shame either. Design is fairly good for the most part, especially lighting which stays true to its E2 influences, but some areas seem bland and lack proper trim texturing. More critically, the map could have used more views of the space station against the darkness of space. E2 relied a lot on such views to create an immersive 3D experience back in the day. The lack of these station outlines also reveals some inconsistencies in the map's layout, such as being unable to see structures that should be visible through windows (which for some reason lack the forcefield effect). The map's gameplay involves chasing keys and a few buttons, and the layout is open enough to accommodate the several Sentry Drones & Commanders you'll come across. There's a new OGG track that kinda reminded me of E2L7 so good work there. In any case, while you won't learn anything new from Moonlight, it's a four-minute journey you won't regret playing. 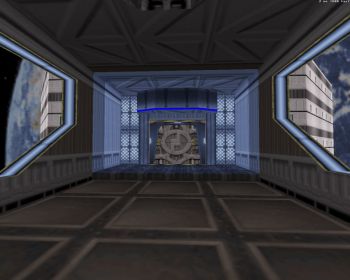 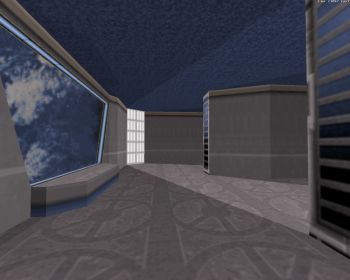