Description: In case you're afraid of huge maps with tons of buttons & monsters then feel free to pass this one. "Moonbase" (note that there's another "Moonbase" map by Ale) is one of the biggest Duke levels. It took me fifty-six minutes, which is a lot, but I have spent more on a Billy Boy map (name one). Jonof required.

Design: As the smart ones already noticed - Moonbase is a base on the Moon. Iggy's new version is actually "just" an updated version of a level he made three years ago. Overall architecture is good but won't pop your eyes out. It's neatly detailed but repeats the same style a bit too often and there isn't that much variety (the map is almost entirely x-axis) but it's still rather nice with some very good trimwork. The abandoned railway system was pretty good and I also liked the last 1/4 of the map. Some of the doors & buttons are too big which seems to have become Iggy's trademark.

Textures: It's very comparable to "War Pigs" with its standard E2 style texturing. However, the level is nicely decorated with a very high quality trimwork. That metallic pillar texture #442 is very much present around the level and it just can't stop looking good.

Gameplay: The map is so big that you'll get lost eventually. It's not too complex and there are no irritating puzzles. Apart from a few stops, the flow is good. It all comes down to the joy of exploration. There's tons of stuff to search for and even two optional routes which add about ten minutes of gameplay. About 1/3 into the map you'll come across this huge yard with quite a lot of monsters. This is the first time that I ran out of bullets big time. After this it gets easier with a steady flow of both health & ammo. Both Jetpack & NVGs become handy.

Conclusion: Hardly revolutionary but still en enjoyable space map with tons of stuff to search for and comes with a well balanced gameplay. 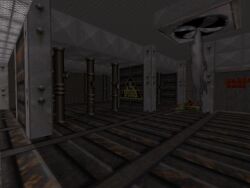 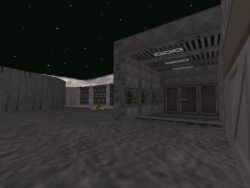