The Review: Monastery of Darkness is an oldie that I've come across several times over the years but for some reason never seemed to get around to reviewing. This is a 20th anniversary update of that map with improved design and expanded sections. The monastery has been built into a rock somewhere far away. In the new version the aliens have even managed to bring their spaceship into a cavern. The map itself is a nonlinear mix of narrow passageways and large halls. Getting a bit lost every now and then is in the nature of maps like this, but it's all fair; nothing's been hidden from the player, and making progress is usually merely a matter of refreshing your memory a little bit. The old map is still available here in case you want to see it for yourself, but basically there are noticeable improvements all over the place particularly with respect to lighting and spritework. The biggest addition is the large cavern with a spaceship. While you won't be spending a lot of time there, it's a memorable scene with good detailing and texturing all around, not to mention with a bit of good action thrown in as well. Overall the monastery has a nice dark atmosphere which is in stark contrast to the sunny but slightly sinister outdoor area where the player begins his journey. Anyway, whether you missed the previous version or not, this 20th-anniversary update should certainly be worth your time, and hopefully the author doesn't intend to make us wait another 20 years for his next map. 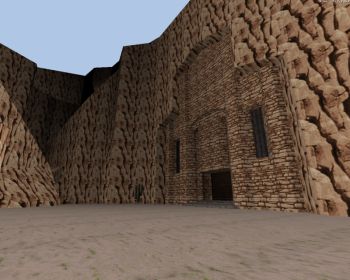 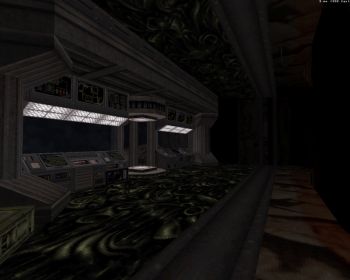