Description: A sequel to LORCH: Abducted, but missing half of the original team. The map is a bit short Roch-style city map.

Design: Sanek has grown progressively better in terms of build quality although he still lacks originality. (But then again that could be said of the many imitators of Pascal Rouaud's Roch series, and that bunch includes some renowned mappers.) The map consists of one big (not that big though) outdoor area and several very short indoor segments, which is also consistent with Sanek's previous work (and, in fact, the Roch series). There's again a bit of repetition with respect to spritework but the outdoor area looks pretty cool with a bunch of well-designed building exteriors and a monument. However, lighting is a missed opportunity here as the outdoor area could have benefited from more noticeable contrasts: it is daytime after all with plenty of tall buildings around.

Gameplay: Very little under the sun here with a bunch of keys and buttons to be found and aliens to kill. Several explosions spice things up every now and then and there are a few bigger fights involving tanks that you can exploit to either kill or weaken other aliens within the tanks' blast radius. For a relatively small map LORCH 2 packs quite a bit of enemies so stay on your toes.

Conclusion: This time around the sequel is not quite as good as its predecessor but LORCH 2 is still a fun and well-designed map that should take you around ten minutes if you're keen on finding all the secrets. Just don't expect anything you haven't seen before. 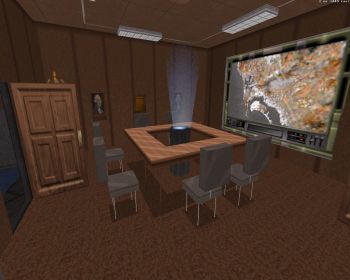 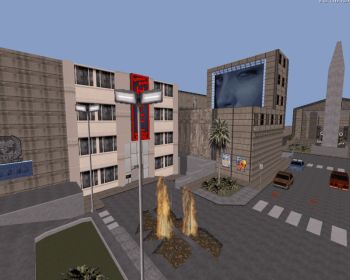