Design: The map well exceeds the original sector limit (and almost reaches the 1meg mark) and it shows; the level is not only huge but also filled with tons of details, brilliant architecture and the kind of spritework which I wouldn't be able to build myself due to having such a short temper. There's a bit of hi-tech influence (no idea how that sits with the map since there's no storyline) and many of the rooms have been decorated with paintings (most of which should attract your attention). Lightning is realistic and heavily present. Freshness is provided by tons of new textures/sprites (the original Duke lacks a good medieval texture set).

Gameplay: There's a lot of area to cover. The level took me over 40 minutes during the first playthrough (the second one took about half an hour). Expect to spend more time with the map if you wish to find all its secret locations. The gameplay doesn't escalate, meaning there's a constant wave of both weak and strong monsters from Battlelords to Newbeasts and plenty of weapons & health available (at least I had no difficulties playing on S2). Finding everything that's necessary shouldn't be a problem. I had some difficulties during my first playthrough due to searching for buttons that weren't required to be found.

Innovations: KaiseR sticks to his own style, seemingly borrowing from no one. The level feels fresh although the gameplay is pretty basic - just a bit longer than your average usermap.

Conclusion: Standard but extended gameplay in an environment that's decorated with great architecture, lightning and rich texturing. The best medieval-themed map out there! 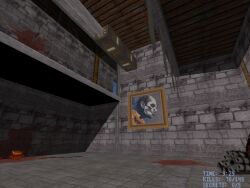 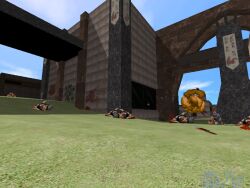