Description: The third and final part of the Storm trilogy for Starship Troopers TC. Don't forget to check previous parts, Before the Storm and Eye of the Storm.

Review: The last breath of the Storm trilogy is also the best. It's a fine mix of the previous two levels: it's filled with some adrenaline-filled action scenes but you also get to walk around, explore and get a feel of the underwater facility (named "Looking Glass" - someone's been watching Lost).

The facility looks quite majestic with big, open rooms and hallways. Like its predecessors, ItS relies on a heavily greyish set of textures. It looks good (SalaciusCrumb mixes original Duke3D textures well with SST TC textures) but lacks atmospheric lighting (the previous parts had the same problem). There's a fitting new music track for the map but it restarts every time you save (and I do that a lot) which kinda breaks the mood.

As you'd expect from a SST TC map, combat is excellent. Shooting bugs is such a fun thing to do, just don't waste too many bullets since your supply is quite limited. You also get to team up with some fellow MI troops, but it's actually pretty dangerous having these idiots next to you. My advice: don't enter the last elevator with them. They're more dangerous than the bugs. 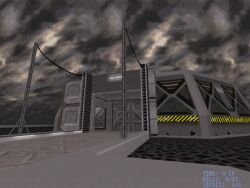 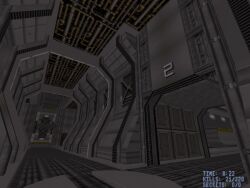