The review: This is a Doom type map with generic hi-tech design and some hellish landscapes. Design is very boxed and horizontal. Texturing is downright ugly which, I guess, goes with the style. Trimwork shows the author has understood the point but is not quite there yet. Still, there are enough shapes and slopes to put this map in the Hot Map territory (and lighting isn't bad either). Gameplay is also of the Doom variety but there were a few things I liked about this map in particular. For one of the keys you need to obtain a pair of boots; for another you need to blow up a crate hanging from the ceiling. While this is nothing radically new, it was a nice switch from the usual generic key-card hunting. The end-of-level boss fight takes place underwater, except not against the always tedious Queen. There were a few cool elements to this battle which is always welcome considering the usually monotonic nature of Duke3D boss fights. The gameplay has some issues too. Some of the monsters have custom palettes which is a pain in the ass with recent EDuke32 versions that automatically enhance their strength. Moreover, there were a few spots where you can hardly see a thing, not really helped by playing this when the sun is still up. In one particularly annoying, epilepsy-inducing scene you have to look for keys & buttons in a room with flickering lights. A smoother cycler effect would have done the trick without rendering the scene nearly unplayable. The map should take you around 15-20 minutes and there are a few secrets to be found as well. Even with its faults, you're probably not gonna regret playing this map. 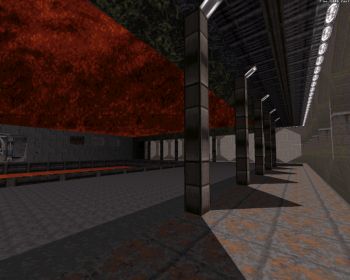 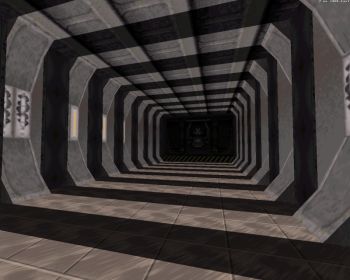