Description: A pretty big city map and a sequel to Forever and One More Day.

Into It: underTaker has come up with another good city map but it's a tiny step backward in terms of design. Too many locations, particularly outdoor areas which play a much larger role here than in the predecessor, have that dull, unrealistic low-visibility lighting that plagues usermaps from time to time, an odd switch from the predecessor's strong 3DR type lighting. Overall the map's design is still way above average and its strongest point is again interconnectedness and an open but not too confusing layout. I got stuck once and as such spent around 5-10 minutes wandering around on my first playthrough but even the second playthrough still managed to take me a good 25 minutes. Add to that a total of seven secrets (of which I found only three) and you're in for a larger-than-average urban map that should please fans of '90s type of exploration. Many puzzles involve shooting switches and explosives from a distance to open up new routes, a nice switch from the usual keycard hunting. Gameplay is balanced although a bit of this is conditional on exploration and your order of progress.

Conclusion: The scale of Day After Forever makes it feel more ambitious than its predecessor, but while it excels in overall design, the map's low-visibility lighting gives its significant street areas a rather dull look. This is a somewhat minor complaint though as the map still has plenty of cool things to see and lots of exploration to offer. 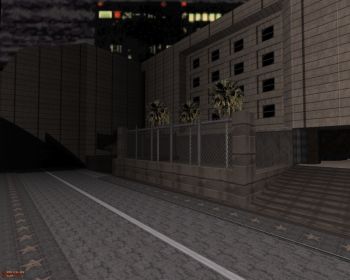 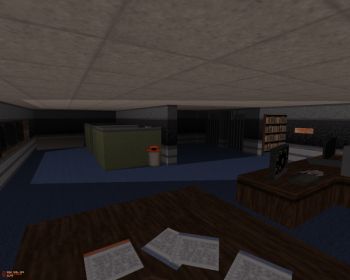