Description: For the past few years Fernando has been working on two episodes, New York Rebellion and Orbital Oblivion. The levels, almost twenty of them, take bits and pieces of the original 3DRealms Duke3D levels and throw in a dose of Fernando's own ideas. (Note that many of the levels in this pack have already been reviewed separately.)

Into it: Technically, the levels are nearly perfect. Lighting, perhaps the most outstanding aspect, is excellent, the levels are practically without bugs and every room is detailed (not Bobsp-detailed but 3DRealms-detailed). But the levels suffer from a lack of originality. Fernando feels comfortable making maps that imitate the originals but, as it turns out, the best maps in these two episodes are those which least resemble the originals. For example, the huge hangars in Alpha Core or the Moon mines in Alien Fusion Tower are among the best looking parts; not seeing Spaceport redone. There's a distinction between drawing inspiration and copying. The Fusion Tower draws inspiration from, obviously, E2L4 but is nothing like it: it is better. In Sewer Confines (E1L4 in New York Rebellion) and Lava reef (E1L5 in NYR) Fernando basically redraws some of the architecture in Sewer (Levelord's leftover map) and The Abyss. The distinction is all the more visible when exiting the brilliant Fusion Tower only to find yourself in an environment that's a bit too much like Overlord (E2L9). 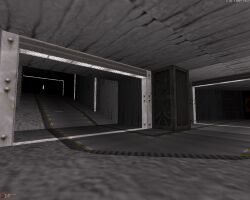 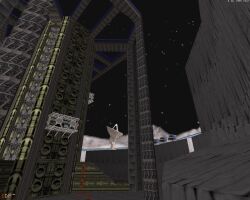 Architecture remains above average throughout the two episodes. However, while the first episode looks a bit modest and relies too much on 3DRealms influences the second episode is much better designed, especially the larger levels. I'm especially fond of the way Fernando casts big black shadows on the white surface of the Moon and the way he manages decorative, unreachable environments. There is plenty of variety as you progress from the Warp Factory type of confined spaces to the huge open areas of Lunar Crossroads. The levels flow pretty well with a good set of standard key and button puzzles. However, sometimes you end up spending several minutes wandering around the maps, not knowing what the button you just pushed did. Item/monster ratio is perfect; on medium skill level you have to rely on all weapons, not just on your always-loyal shotgun. There is no storyline and the ending is a bit predictable (in both episodes).

Conclusion: The first episode is pretty clearly worse than the second and in both episodes the maps rely too often on design ideas featured in the original game. However, especially the second episode has some fine moments and the levels are fun to play especially if you're into medium-size nonlinear maps with simple gameplay. 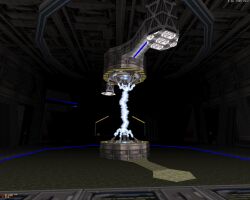 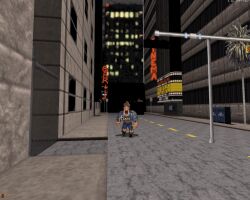 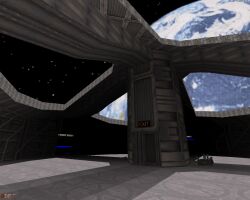 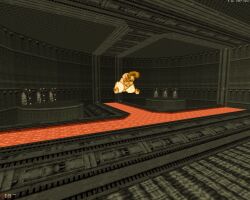