The map's layout or basic gameplay has not changed but Reginukem has improved several key areas with texturing having benefited the most. Not only is texturing better but there are plenty of new textures around and a few sprites (hospital equipment mostly). The level supports Duke Plus which here means that some of the enemies are their DP variants. While the level plays well with DP, I'd have hoped to see the DP-boosted enemies with different coloring so that you could distinguish them from the vanillas.

Anyways, playing the original version (included in the zip) does make you appreciate some of the work put into this update. However, it's still not quite as good as it could be. Lighting is mediocre and trimwork is lacking (especially in the offices). Still, this update is worth a few extra points. 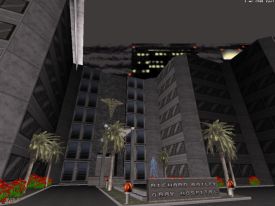 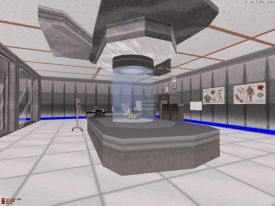