The review: The beginning of this map is rather abrupt with Duke avoiding a horde of aliens while trying to search for weapons; even your pistol seems to be missing as you enter the map. Due to its abruptness, you might be on your way deeper into the map without first having gotten your hands on weapons so the first few minutes are a bit of a mixed bag. In fact, you might want to give the map two tries to get a better feel of it. (Wide Awake had a comparable start but at least it was a bit leaner.) After this messy start the gameplay quickly evens out. There are still some annoyances such as a cramped (both because of narrow corridors and Octabrains blocking your way) underwater maze but other than that the map has an interesting and somewhat interconnected layout. The map is well designed with emphasis on clean texturing and classic lighting but some rooms did seem a bit empty and the starry sky looks hideous in the 32-bit mode. The map should take you around 10 minutes and it has five fairly-hidden and useful secrets so keep those eyes open. 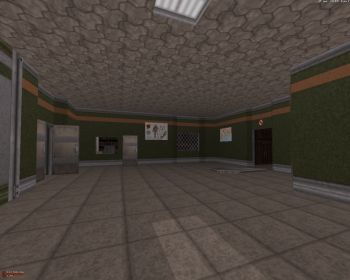 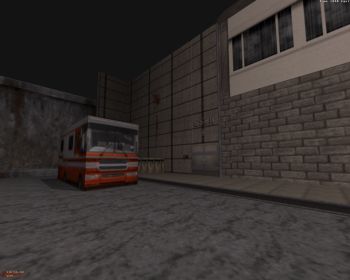