Description: Juha's oldie is a Half-Life inspired facility set in a mountainous area.

Design: Some of the outdoor locations were inspired by outer parts of the Black Mesa facility. By some standards the level could be considered a hybrid of Juha's old map S-A and Maarten Pinxten's first map of Crucial Conflict episode. The level looks fairly good but could use richer texturing and lightning. Now it's a bit too light brown.

Gameplay: Despite a few annoyances the level flows pretty well. There were some "unfair" explosions that seemed to get your every time but other than that - the level keeps a nice balance between weapons and monsters. The puzzles are simple although I found the underwater button puzzle a bit too frustrating for my taste - so I dnclipped the part. 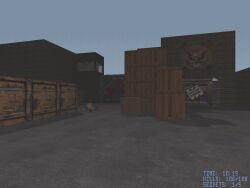 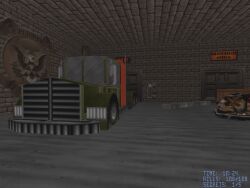