Description: A big, nonlinear and dark city map that may be very hard on your computer.

Design: This map is absolutely mean to be played in Polymer but had I followed that recommendation, this review would not exist. In Polymer my framerate dropped to below 10 whenever facing the Duke Burger, making the map utterly unplayable. Polymost doesn't support TROR so that mode was out of the question as well. So I was left with the Classic mode, which obviously lacks all the Polymer lights and makes a lot of the TROR ("true room-over-room") effects look glitchy. Moreover, the map is very dark even with increased brightness (and increasing it doesn't really do the map any favors). So, what I was left with is a map that had been visually butchered. Even so, the map's complex and skilled use of TROR is apparent everywhere you go. Even very subtle uses of TROR can impress and make the game look real rather than pseudo 3D. Architecture in general is more than adequate but sector-based lighting is rather unimpressive.

Gameplay: The map has a very open and nonlinear layout, which, as always, has its pros and cons. The map took me about 50 minutes but a lot of that was spent on trying to figure out what to do next. There are tons of doors, vents, layers & such to memorize and the map's darkness isn't really helping. There was nothing particularly difficult (I didn't have to cheat or look for help) but the map has a nasty habit of throwing all these tiny stoppages at you all the time. (Hints are generously provided though.) On the plus side, there's tons of stuff to see, the map looks and feels very interconnected and you'll be visiting all kinds of locations from sewers to balancing on power lines. The map is a bit stingy with ammo at least until halfway into it but after that it eases out. This was a pretty good approach as there were always ways to avoid confrontations even when you were outmanned and outgunned. I managed to complete the map without dying but there were a few close calls.

Conclusion: There are plenty of reasons to like this map from ambitious, multi-layered architecture to nonlinear gameplay but these come at a cost, resulting in either poor performance or toned-down visuals and minutes spent on trying to figure the map out. But even if your computer cannot handle the map in all its glory, it's still worth taking a look at thanks to its delightfully complex layout and rewarding gameplay. Points will be given when and if Polymer gets optimized. 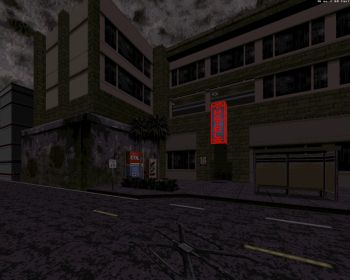 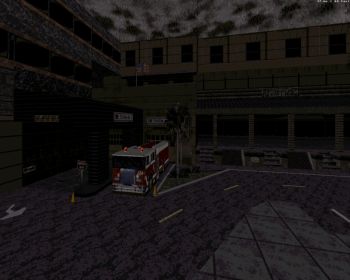