The Review: This map is an almost exact replica of E4L4 of the PSX-exclusive "Plug 'n' Pray" episode. I never really got to play the episode since I remember getting stuck in the first map, a Tomb Raider-themed maze from hell. Duke Royale is built around Quentin Tarantino references, mostly from Pulp Fiction and Reservoir Dogs, but because of the limited detailing and old technology you have to focus a little bit to realize where you are at any given point. But trust me, every location is a reference to some of these movies, and spotting them is a part of the fun.
In trying to be as faithful to the original as possible, every criticism here reflects a shortcoming in the original map. Some tripmines and explosions have been placed for no other reason but to piss the player off. I also got permanently stuck on my second playthrough because I had no explosives with which to blow open a crack on a wall. The map also gets pretty challenging toward the end with a big spawnfest of Enforcers, but I found the balance mostly on the fair side even if challenging. How PSX-era players were able to cope with all this especially when combined with a crappy framerate and a PSX controller is beyond my understanding. As for design, there aren't many details but the map's overall layout is pretty good and lighting is sometimes as good as in the original 3DR episodes, which noticeably compensates for the lack of details.
Mark Knight's "Jungle Dick" track is supplied with the map. It fits the flow of the action pretty well although some might find it a bit annoying: At least it's an improvement over Dethtoll and makes for a more "authentic" PSX experience. The map relies only on PC Duke3D stock textures which might make some of the movie references easier to miss.

Conclusion: Arzca's remake is a good way for you to experience a chapter in Duke3D history that you likely missed in the '90s. Duke Royale doesn't impress in any way but it's still a fairly well-designed and fun-to-play, even challenging, map. 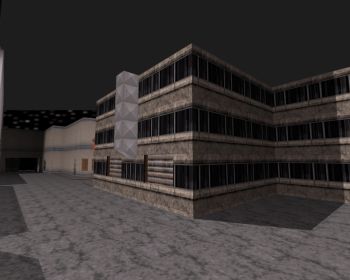 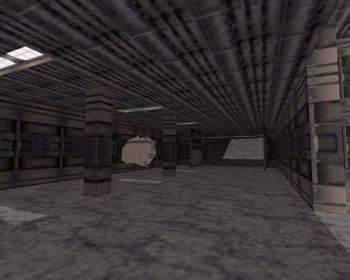