The review: Zykov Eddy has become our go-to guy when it comes to maps that innovate and offer refreshing sights & tricks while still featuring Duke at its core. As the name just might imply, this one takes place in a Minecrat-like universe. Now, my impression of the map is probably pretty strongly shaped by the fact that I have never played and have no interest in playing Minecraft. So, what I'm left with playing is a Duke3D map with pixelated textures. There are keys & cracks ("TNT") to blow up in addition to BobSP-style pickable items that mimick the crafting function in Minecraft. What I liked most about the map was a short cave section where you could light up some torches; the lighting effect looked really nice with the low-resolution textures. Otherwise the map felt very typical (even if it looked pleasantly refreshing) and all the action seemed to take place on the horizontal axis. Gameplay balance is good and includes a few fights against Pig Cop tanks in relatively cramped areas but with enough cover. The map doesn't utilize any new con tricks which counts for something but I kinda felt like the map could have used some new coding to spice things up a little bit. Anyway, as far as my feelings about the map are concerned, the map would remain below the 90-point line. However, since I have not played Minecraft, this review shall remain scoreless. 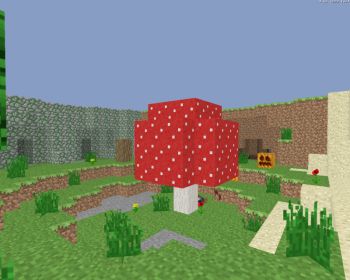 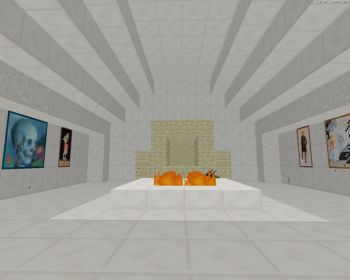