Description: Eddy has gone through his two previously released "dream" maps, given them a boost and added a third one. "A.dream trilogy" is a three-map minimod with some heavy horror elements. (The first map is pretty much the same as its standalone version so check its review here.)

Into it: The first two levels have already been reviewed but The Dream 2 is basically a different map now with tons of new locations and scares. While the standalone version featured some monsters, this time the map is all about the ambience as there's no shooting going around. This fits just fine, as you've got plenty of things to do from picking up keys to, eh, picking up keys. There are some other key items as well, so pay attention to stuff you think you might be able to carry; otherwise you're bound to get lost. You still have to watch your back a couple of times. At one point you're being chased by some kind of a ghost in a pitch black hallway (you've got a flashlight though) but most of the time you're not in any actual danger; however, thanks to the brilliant use of sounds and cutscenes you still feel it, which is, I guess, what Eddy was going for in the first place. 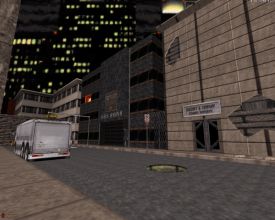 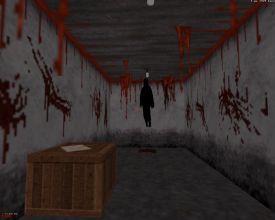 The third map is all new. Not having been able to do any actual fighting in the second map, you're itching for some action by the time you get to the third. Duke's traditional arsenal is replaced with some new guns and instead of aliens, you now have to fight your way through zombies. As someone who has always found movies and games with zombies boring, the third map turned out to be a bit of a letdown but fans of the genre should appreciate it more. My first playthrough of the map was ruined by the fact that I missed the pistol and had to "fight" my way out by running like hell, jumping over zombies while looking at all the pistol clips lying around. It was on the third playthrough that I found (with some help) the pistol and was able to get a better picture of the map. By no means is the map bad. It's well designed, moody and while the action is not to my liking, at least it's pretty well paced. The map ends with some freaky cutscenes and a kick-ass song, one that I will always remember from the opening shot of The Stand.

Taken together, the maps show that while the engine may be old it sure is versatile as Eddy keeps filling your screen with all kinds of neat effects. Levels 2 & 3 suffer a bit from unambitious lighting while you're expecting more effective use of lights and shadows to boost the maps' atmosphere. As such, the mod is left to rely more on sounds and tricks. The minimod progress nicely from the basic, Duke3D-like The Dream to its moodier sequels.

Conclusion: Eddy's already-brilliant Dream maps just got better and the third map is a nice addition to the bunch, featuring the kind of gameplay that's kinda like a fusion between the first and the second maps, combining action and spooky atmosphere. This minimod has something for everyone. 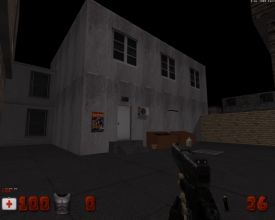 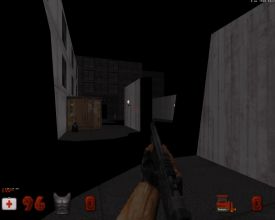