The review: You've seen this before: Duke is in his bathroom, possibly flushing out residual semen by urinating, with two chicks waiting on the bed. Then all hell breaks loose, Duke has to gear up, get briefed and get going. Buildings are obliterated by projectiles from alien ships, earthquakes follow and stuff blows up in your face. The farther you get, the more aliens show up because they know they have to get to you before you get to them.

This laconically named map is the first of several that might one day comprise an episode. And it immediately shows promise, being a fast-paced, action-packed map with one cool set piece after another. It starts off like Duke Nukem Forever, only with more attitude. Duke's escape from his bachelor pad is filled with explosions and obstacles. Aliens are not found lurking behind corners but they've been carefully inserted to make it seem that they're not just mindlessly wandering in the hallways. The map can be tough, even a bit unfair, but after so many years with not many surprises in the gameplay department Level 01 felt like a breath of fresh air. (The default track is a poor fit for such a fast-paced map though.)

Design is a bit sloppy with several questionable textures, sometimes a bit too pointy lighting effects and the author has committed the sin of using sprites as computer panels, but overall none of this stuff really matters. The map is Conceptually Grand and the author has put a lot of effort into demolition effects to make the map look and feel like a warzone. The whole thing is over in less than 15 minutes, leaving you wanting more. The bar has been set high for the rest of the episode. 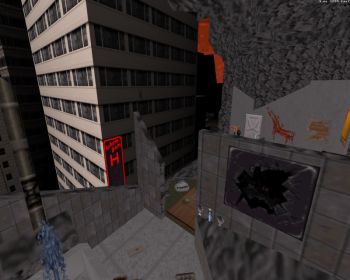 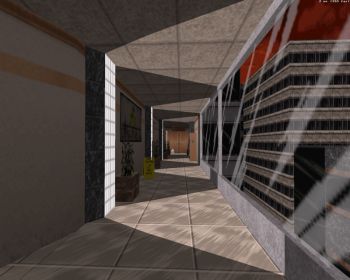