Description: A five-map episode by Mister Sinister who limited himself to spending a maximum of 20 hours (in-Build time rather than real time) per map. There's some variation in theme with the first two being city maps, then a prison map, then an outdoor map and finally an alien-themed boss map to wrap up the episode.

Into It: Death Drive follows in the footsteps of Mister Sinister's Slaughterfest, an action-packed seaside city map. If you've spent any time reading my reviews, you know I'm not a big fan of these "Slaughter" type maps in Duke3D. While popular in Doom, Duke3D doesn't really cater that well to this particular kind of gameplay. What worked in Slaughterfest starts to get a bit repetitive here, especially with the further increased difficulty. There's a greater emphasis on hitscan enemies in Duke3D, and even projectiles move a lot faster than they do in Doom. In this pack the biggest offenders are turrets which made a negative impression already in Power Out: They're hard to spot, they can fire fast-moving projectiles very rapidly and thus drain your health like nothing else. The maps deal with this sort of gameplay in various ways and sometimes it admittedly makes for some interesting tactical gameplay. You may get cornered quickly if you fail to take your enemies down fast enough, and when you try to make your way out of this, you're just likely to run into even more enemies. This seemed to be the case especially in the second map. The fourth map, a Red-like outdoor area, gives you the most space to move around, including in areas above the enemy. Still, wander off too far and you're just likely to make it worse. The third map is the most interesting of the bunch: You're initially given only the Shrinker, and the author has tinkered with the cons to limit each ammo pack to yield just one piece of ammo, thus limiting the Shrinker's effectiveness. Moreover, there are many Pig Cop Tanks around, compelling you to take advantage of their self-destruct sequence. This was a refreshing switch and a much-needed break before the fourth map. As for items, generally speaking there's plenty of health around but you're always very much in need of more. Ammo is scarcer, which makes finding secrets even more important. While challenging, the maps are certainly manageable; I never died more than three times in a single map. In terms of design, the maps are all solid work even if not terribly original. In the first two maps Mister Sinister has replicated the original city style with great care but doesn't bring anything new to the table, especially since this style started to get stale already in Slaughterfest. The third map may have been influenced by Death Row but it's a lot more spacious with a well thought-out layout, being definitely my favorite map design-wise as well. The fourth map has rich terrain design and that always lovely set of brown textures against the red dusk sky. The last one is a bit blocky and rushed but the simplicity of the battle area makes for an intense and fun boss battle.

Conclusion: As you might have gathered by now, I have very mixed feelings about this mini-episode. It does provide a good and sometimes intense challenge, but often you're just frustrated because of things you consider unfair, such as getting shot in the back by turrets you never even saw. If this is not your cup of tea, you might want to opt for the first skill setting for a more vanilla approach to gameplay. (I didn't do this because the author intended the episode to be challenging.) The maps are well designed throughout and the item-monster balance is always fair; you just have to put up with a lot of crap sometimes. Still, aside from the excessive use of turrets, there's nothing fundamentally wrong with Death Drive; it's just challenging, which may even be considered a great thing at a time when usermaps have become somewhat stale. 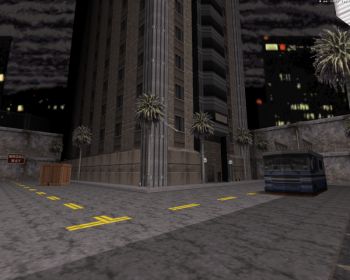 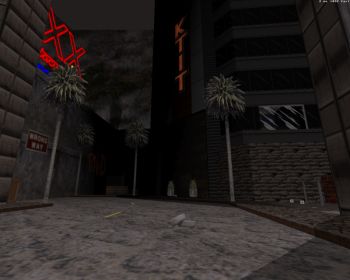 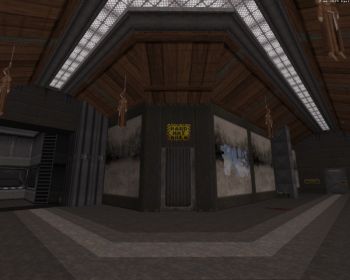 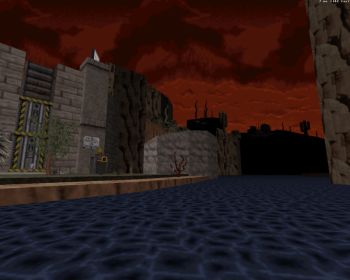