Description: With Cherenkov Station Supertanker picks up where FOS Station left off. In order to make your way back to Earth, you must first power up what at first appears to be an abandoned space station.

Into it: The first few minutes consist of making your way to the sublevels of the station where a reactor for powering up the station lies. The mood is calm (turn your music on!) and there are a few attempts to scare the player ŕ la Red. After this the map takes a turn toward a more typical gameplay with monsters attacking you from all sides and keys to pick up in between.
There's a noticeable and refreshing contrast between the relatively cramped, basement-type-of parts that precede Cherenkov Station and the Station itself that houses locations that are more open and polished. While the map excels in the usual departments such as lighting and trimwork, for this map the author wanted to create something a bit more Conceptually Grand than the usual narrow hi-tech corridors and rooms, and in that he's succeeded. Nowhere is this more evident than in the Cherenkov Station hub room where your eyes are treated with some of the finest spritework. Another nice addition is the constant presence of the map's predecessor, FOS Station, in the background.

Conclusion: While still essentially a hi-tech map, Supertanker has taken a few steps forward in terms of design as the map boasts a bit more ambitious look than FOS Station or Area 27. Gameplay is balanced with a good build-up at the beginning and a couple of satisfying combat setups near the end. 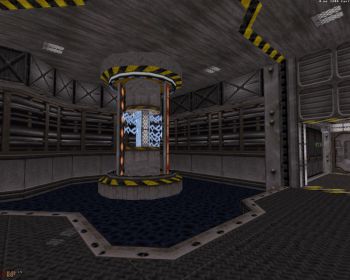 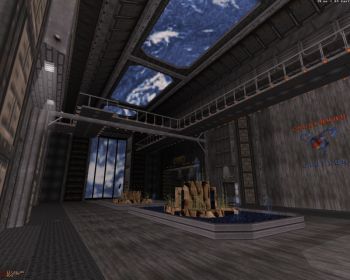