Description: A weapon-less, run-for-your-life map that takes place in a snowy but melancholic city.

Gameplay: Duke starts off the map as a bum living in some kind of an abandoned storage hall. Once you wander off the place you're welcomed by a barrage of rockets fired by several Emperors who occupy fixed positions across the map. You won't come across any weapons until the very end so all you can do is run and hide when convenient in order to avoid not just the rockets but the several Commanders, Protector Drones and Battlelords that too occupy the city. And while doing that, you must scavenge the city for six piles of "cash". Gameplay of this type is a nice breath of fresh air and the map has been designed so that you're always close to something that could be used to cover yourself from the bad guys' projectiles. In a fair move, several portable medkits and steroids are available, stored in exactly two locations so as to make fetching them easier. But that's all you're gonna get so conservation is the key. There's also room for some tactics as you can lure enemies into the path of projectiles so as to get rid of them, but personally I didn't rely on playing the map like that. The map is not without some annoyances. There's a random element to the Emperors' rockets so trying to be clever in avoiding them may not always be so rewarding. Visibility is a bit too low and some areas are dark enough to make navigation very hard, which can get very annoying in a map where you have to be on the run constantly. The cash quest also involves lots of going back and forth.

Design: The map has a lovely downbeat look which you're usually not gonna find from snowy urban maps. There's some cool stuff beyond the gameplay areas such as a construction crane and a moving train but, with rockets constantly trailing you, you usually won't find much time to marvel at all the details the map's got to offer. But try to pay attention to your surroundings in any case as MRCK has once again filled the streets with plenty of juicy details from billboards to street lights. It's recommended that you play the map in the Software (8-bit) mode because in Polymost some of the visuals are markedly glitchy.

Conclusion: A refreshing map with unorthodox gameplay that presents some tactical opportunities in a well-designed - both in terms of layout and detailing - environment. 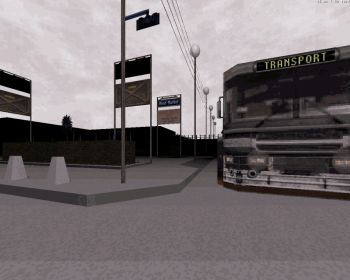 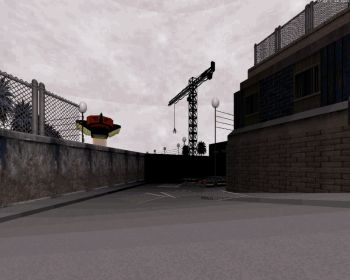