The review: Bowels of Hell is a late 1996 map by a mapper who got hired by 3DRealms. The map was recently released on Steam but it struck me as slightly familiar (especially the hub area) so there's a good chance I've played it before. In any case, while the map doesn't come off as anything out of the ordinary these days, it still stands on its own pretty well. Like most space maps, the station is very generic with all the usual stuff from reactor cores to crew quarters. Texturing is also a bit dull (while technically good), but at least it's a nice switch from the usual candy colors of E2. But the map gets the big things right: It has a recognizable cross-shaped layout, strong lighting, and good use of sector-over-sector design and curved surfaces. The map's corridors are pretty narrow but the author doesn't force you into battles where you have to take damage. The map ends with a tight but tactical miniboss battle and a cool ending sequence. 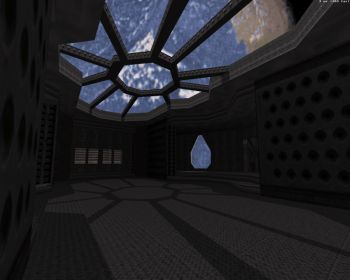 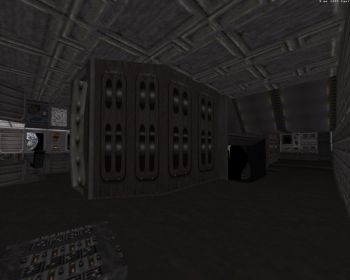