Description: Six years ago Taivo released Babes, a not too bad map with some sexual themes. This "2009 Remix" is the same map but with better design.

Into it: The remix is a step forward if we choose Babes as our starting point but a step backward if we look at Babes Reloaded, another Taivo map from 2003 which, however, shares only its theme with the remix. Lighting is better and there's noticeable spritework all around the map but the rooms still look somewhat empty, which may be due to their big size (the map is anything but cramped). The yard, which looked pretty modest in the 2003 version, looks much better with some good terrain design and a few tough combats. As for gameplay, almost nothing has been altered from the 2003 version. There's this sense of emptiness and silence everywhere you go, a fact further enhanced by the scale of rooms and the fact that there are no respawns. There are three keys and two buttons you must find. The buttons are both hidden in a way that makes no sense. Ammo is pretty scarce so you better conserve and use the nuke button to detonate the Tanks outside.

Conclusion: An improvement from Babes but doesn't live up to the quality of Taivo's newest maps. The gameplay suffers from some stupid "puzzles". 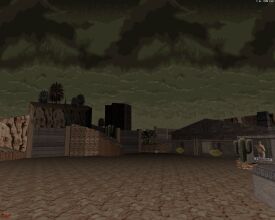 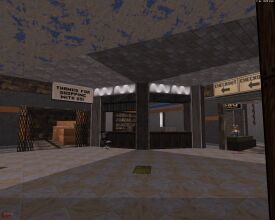